The First Lady Spreads Some Cheer at Toys for Tots Event 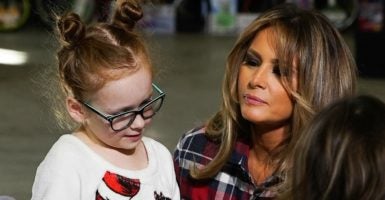 First lady Melania Trump put her organizing and artistic skills to good use Tuesday when she visited the annual Toys for Tots event organized by the Marine Corps Reserve.

Santa Claus also put in a special appearance, but it’s hard to upstage the first lady.

“I have been looking forward to this event ever since last year,” she said of the charity toy drive. “As a mother, I believe children are the most precious gift.”

Trump donated 100 books to the Toys for Tots Literacy Program, an initiative begun in 2008, according to a press release from her office.

A day these little ones won’t forget. ?????? @FLOTUS pic.twitter.com/VC0Uiomxhk

The first lady handed out “Be Best” tote bags to the children, colored Christmas cards with them, and spent time organizing toys during the event at Joint Base Anacostia-Bolling in Southeast Washington, about 7 miles from the White House. She also shook hands with family members of the children who were in the room.

“As first lady, I have made it my mission to shine a light on programs that provide more opportunities for children to succeed,” Trump said. “Thank you to all the hardworking people at Toys for Tots for everything you’re doing to help children during the Christmas season.”

Check out these merry photos from the event, taken by The Daily Signal’s Thaleigha Rampersad. 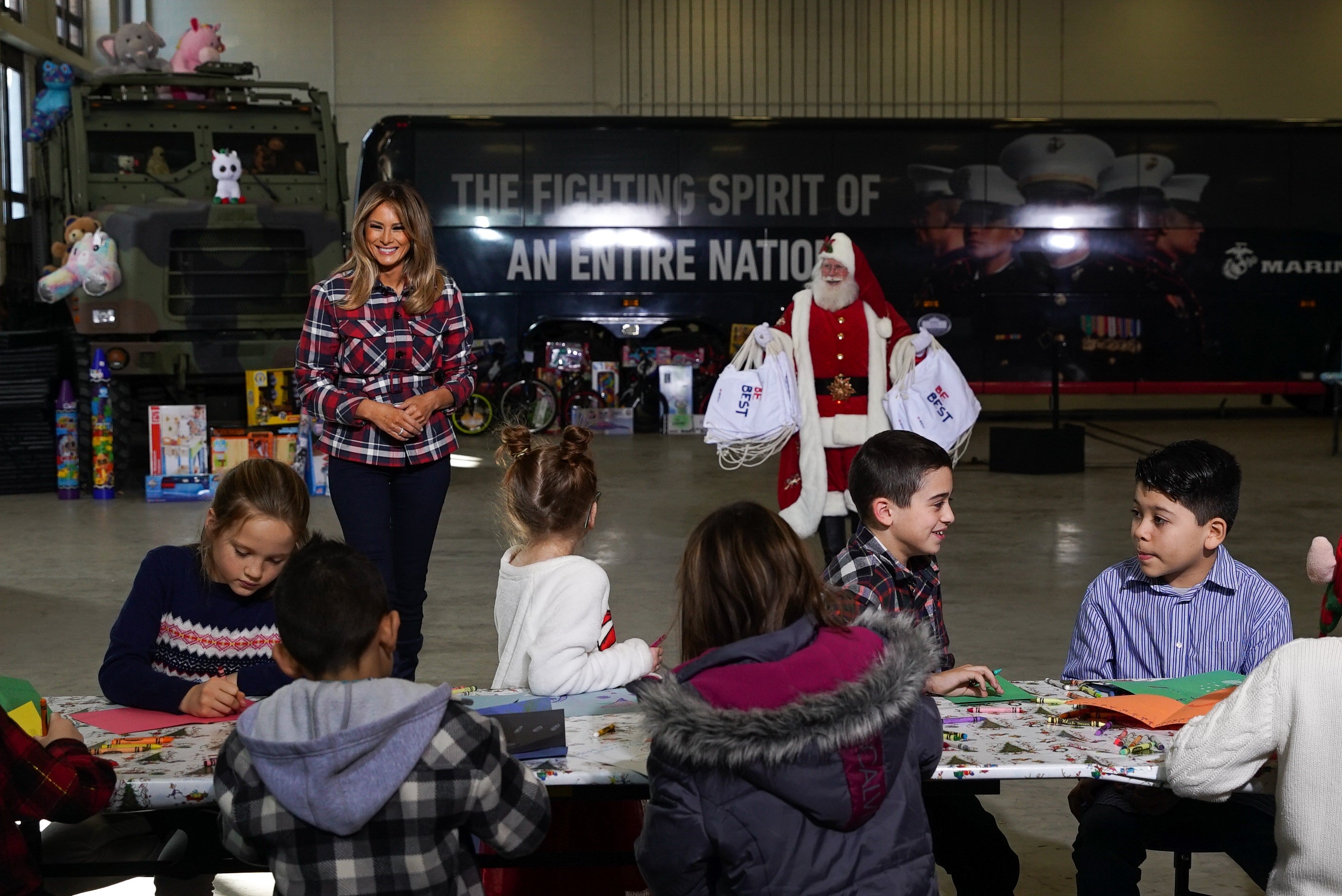 Coloring turned out to be a riveting activity. 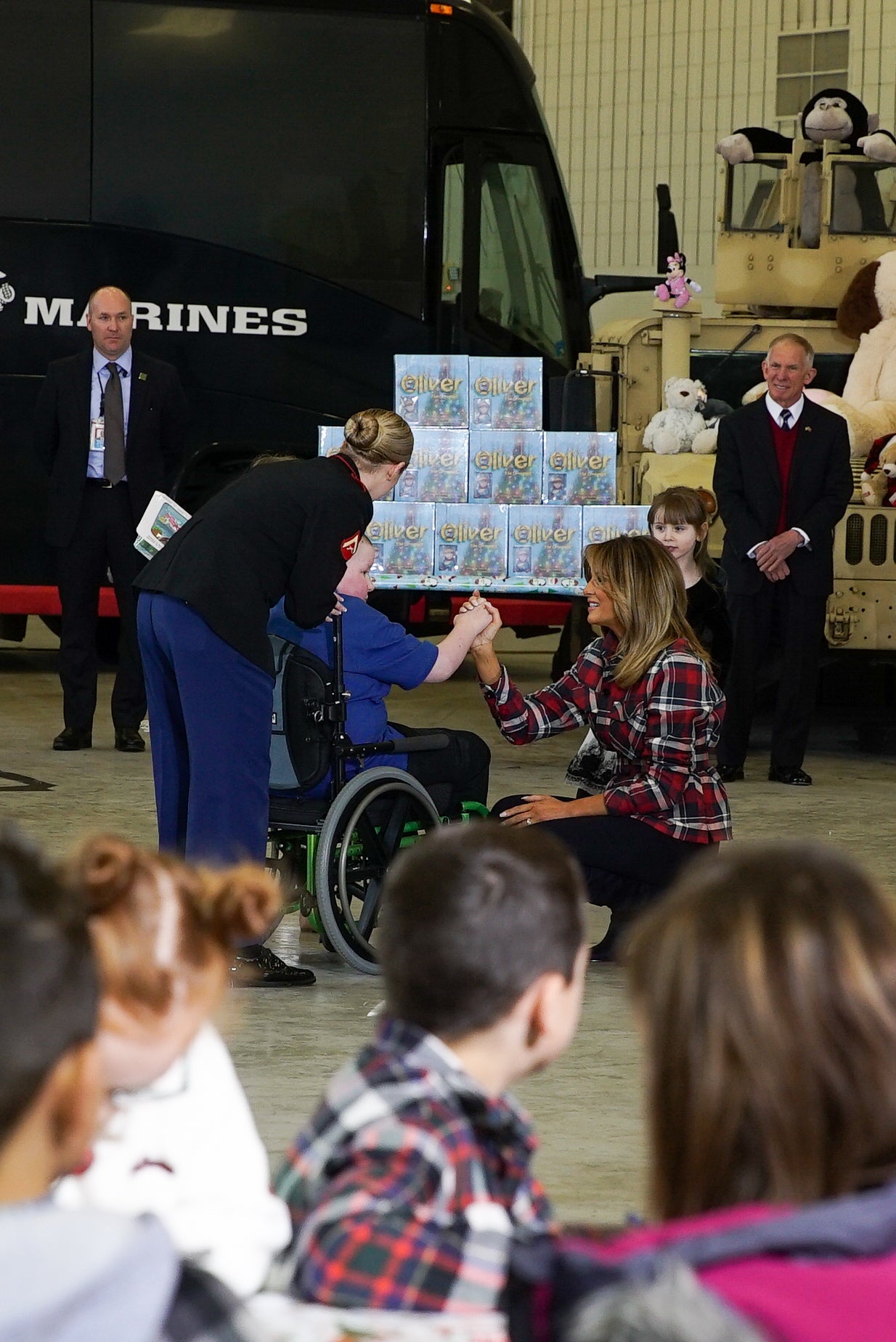 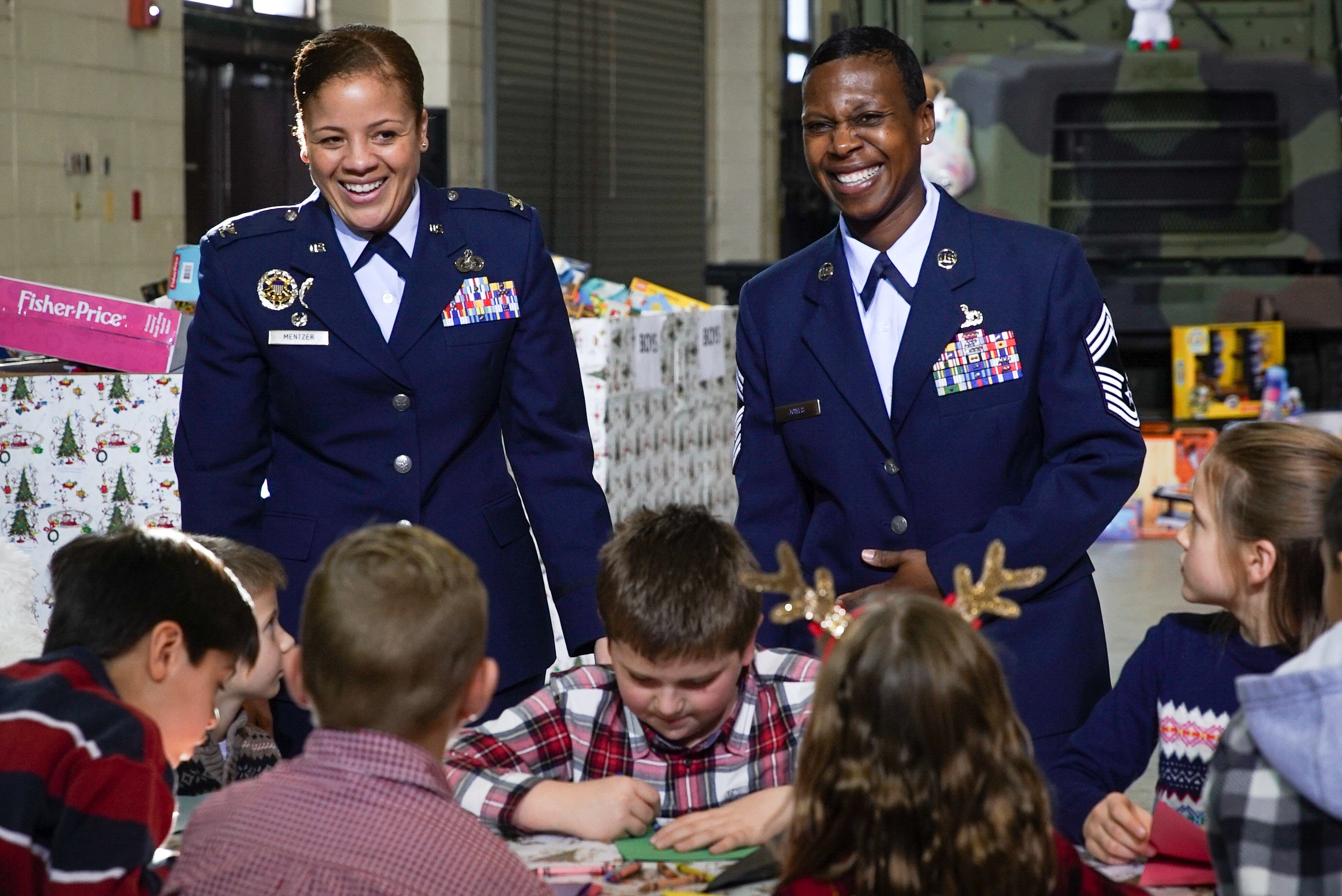 These two Air Force airmen sure look both crisp and cheerful. 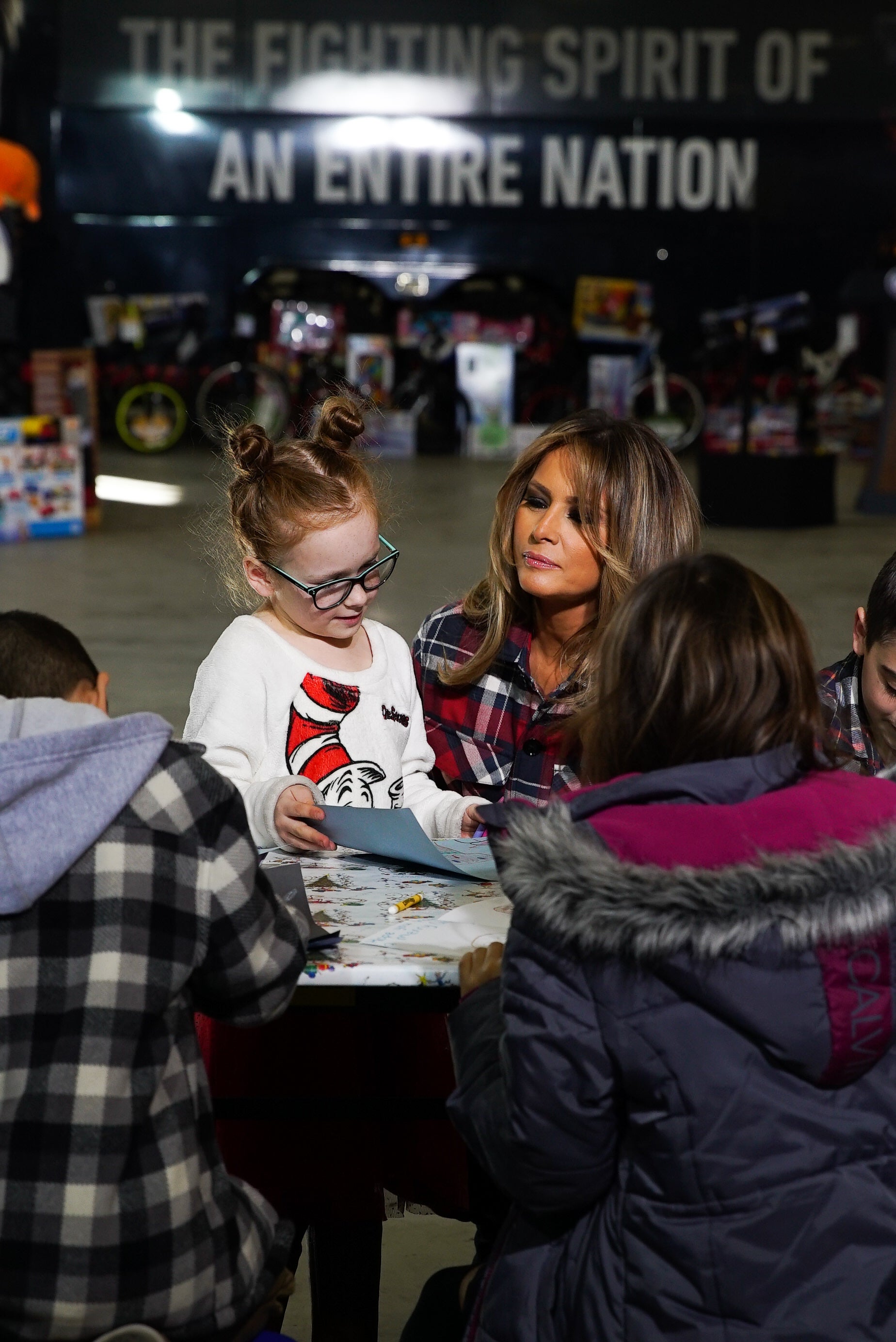 Up close and personal is the first lady’s style with children.

It’s not clear whether the first lady is giving or getting some advice on coloring. 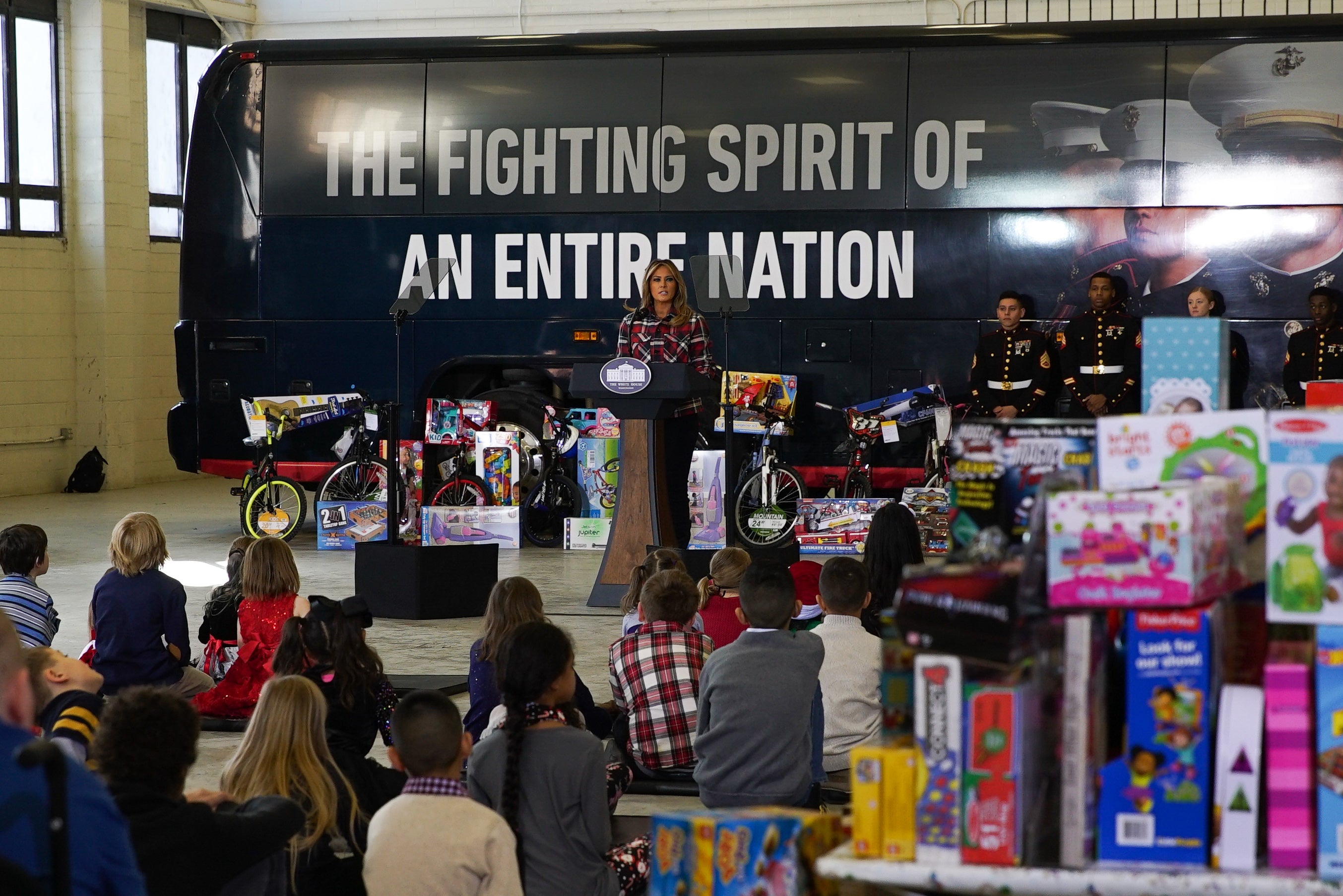 The first lady has a rapt audience for her remarks at the Toys for Tots event.

A photo caption in this article has been corrected to refer to two uniformed women as Air Force airmen.