Podcast: Chip and Joanna Gaines Should Be Allowed to Have as Many Kids as They Want 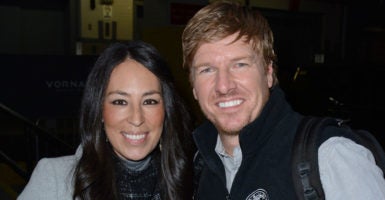 "Don’t be surprised if No. 6 is in the cards!” Chip Gaines, pictured here with his wife Joanna, told People in a recent interview. (Photo: Everett Collection/Newscom)

Glamour magazine announces its women of the year—and surprise, surprise, not a single woman on the list is on the right. You may have heard that Ben and Jerry’s has released a new anti-Trump ice cream, but did you know it’s also supporting the Women’s March financially, despite the group’s concerning ties with Louis Farrakhan, known for anti-Semitic comments? Plus: One writer at a liberal feminist site is annoyed with Chip Gaines saying he’d like a sixth kid. Kelsey Harkness and Bre Payton join us, for the first time bringing their “Problematic Women” segment to our podcast.