Here Are 3 Cases to Watch at the Supreme Court 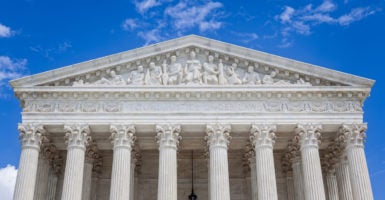 The Supreme Court will soon hear cases relating to coercive class-action settlements, the use of hovercrafts for moose hunting in Alaska, and Virginia’s ban on uranium mining. (Photo: eurobanks/Getty Images)

The Supreme Court is back in session after a two-week break. The justices will hear arguments in a number of important cases, including ones dealing with coercive class-action settlements, using hovercrafts for moose hunting in Alaska, and Virginia’s ban on uranium mining.

Here are three cases to watch closely in the coming weeks.

Is it fair for the majority of a class-action settlement to go to third-party recipients with ties to the defendant and the class attorneys? That’s what a district court approved in a suit alleging that Google violated users’ privacy when it disclosed users’ search terms to third parties.

Google agreed to settle the case for $8.5 million, with more than $2 million going to the class attorneys, $1 million paying for administrative costs and “incentive payments” for the named plaintiffs, and the vast majority—over $5 million—going to third-party recipients.

The federal district court, and then the U.S. Court of Appeals for the 9th Circuit on appeal, authorized this settlement because it would be impractical to distribute settlement funds to a class with an estimated 129 million members. These courts followed a doctrine known as “cy pres,” which historically allowed courts to rewrite charitable trusts if it would be illegal or impossible to carry out the trust’s purpose.

A famous example of this was when a court redirected funds from a trust created to support the abolition of slavery to support the education of freed slaves after slavery had been abolished. But in more recent times, this doctrine has migrated into class actions, and in this particular case, the court allowed class attorneys to pick their alma maters and organizations that Google already donates to as the recipients of the bulk of the settlement.

The Supreme Court will consider whether this is “fair, reasonable, and adequate” as the federal rules governing class action settlements require. The justices will hear oral argument on Oct. 31.

A moose hunter named John Sturgeon was using a small hovercraft to travel along the Nation River in Alaska’s Yukon-Charley Rivers National Preserve in 2007 when National Park Service rangers informed him that it is a crime to operate a hovercraft in federal preservation areas. Sturgeon protested that the Yukon-Charley is a state waterway and that Alaska law permits the use of hovercrafts.

The hovercraft dispute led to a battle over which government owns the Nation River, and two trips to the Supreme Court.

Before Alaska became a state in 1959, the U.S. government granted more than 100 million acres of land (roughly 28 percent of its overall area) to Alaska, including navigable waterways. Congress passed the Alaska National Interest Lands Conservation Act in 1980, adding new national parks and preserves that encompassed some state-owned land and waterways.

The law made clear that state lands remained under state control and were not subject to federal regulation, despite being located within a national park or preserve.

The lower court held that the federal ban on hovercrafts in federal preservation areas could be applied to the Nation River, without deciding who owns the river. The Supreme Court sent it back to the lower court, finding its interpretation of the 1980 law “inconsistent with both the text and context of the statute as a whole.”

Taking a second crack at the case, the 9th Circuit decided the U.S. government “has an implied reservation of water rights” in the Nation River pursuant to the 1980 law. Now, the case is back at the Supreme Court, which will hear oral argument on Nov. 5.

This case also involves a dispute over federal and state authority. The Supreme Court has long held that, under the Constitution’s supremacy clause, state laws that conflict with federal law are pre-empted (meaning they are without effect).

The Atomic Energy Act of 1946, and its 1954 amendment, divide regulatory authority over nuclear power between the federal and state governments, with radiological safety concerns falling solely to the federal government. Under this law, states are free to regulate other activities, such as uranium mining.

In Pacific Gas & Electric Co. v. State Energy Resource Conservation & Development Commission (1983), the Supreme Court held that courts may look at a state’s rationale for regulation to determine if the regulation is merely a pretext and, in fact, treads on federal authority.

The Virginia Uranium case deals with Coles Hill, the largest uranium deposit in the United States, and Virginia’s efforts to halt any development. Virginia Uranium, a company formed by the families that own Coles Hill, sued in federal court, arguing that Virginia’s ban on uranium mining was motivated by radiological safety concerns and is pre-empted by the federal law.

The district court declined to look at the purpose underlying the ban, and the U.S. Court of Appeals for the 4th Circuit agreed, despite the state’s concession that it enacted the ban due to radiological safety concerns.

The justices will hear oral argument for this case on Nov. 5.

These are just a few of the important cases coming up at the Supreme Court. Later this term, the justices will hear cases involving the 8th Amendment’s ban on excessive fines, the double jeopardy clause, and whether most of Oklahoma is actually an Indian reservation.