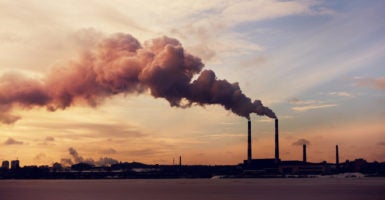 It seems the possibility of the Trump administration bailing out coal and nuclear plants has been put to rest for now.

This is good news for electricity customers, the integrity of competitive markets, limited government fans, states, and in the long term, the coal and nuclear industries as well.

The Trump administration had originally proposed using federal emergency powers in the Federal Power Act and Defense Production Act to mandate purchase of electricity from coal and nuclear power plants for two years. It attempted to argue that plant closures presented a national security crisis warranting unilateral intervention in the private sector, hopscotching over the jurisdiction of states, regional grid operators, and the Federal Energy Regulatory Commission.

Politico cited four unnamed sources in the Trump administration who claim the “poorly articulated proposal” is “flounder[ing] in the National Economic Council.” The plan was on shaky legal grounds, costly, lacked a clear vision of who should pay, and was opposed by a wide swath of unlikely allies from across the political spectrum. A study commissioned by the Department of Energy only further undercut its case.

The apparent failure of the administration’s bailout plan hardly amounts to a broken promise to the coal industry from President Donald Trump. The administration should be commended for the leadership it has already shown.

While not as flashy as strongman bailouts, the list of accomplishments is far more important in the long run: among them, initiating an exit from the Paris Protocol, replacing the Clean Power Plan with a proposal allowing existing plants to make efficiency upgrades, rescinding the Mercury and Air Toxics Standards, and lifting the freeze on coal mining leases on federal lands.

On the nuclear energy front, the Trump administration has proactively worked to open new international markets, reduced regulatory burdens, and doggedly attempted to follow the law on nuclear waste management, which is perhaps the single biggest obstacle preventing the nuclear industry from growing and innovating. Without a clear pathway for spent fuel, nuclear energy appears far too risky for some states and communities to even consider it.

The Trump administration should continue the momentum and bring Congress along for the ride.

As a start, The Heritage Foundation came up with a list of free market policy changes that would help the coal and nuclear industries be more competitive in the long run. Here’s an abbreviated version:

Forgoing a bailout is showing industry some tough love. But the federal government is not responsible for leading the coal and nuclear industries out of the doldrums. Nor is it able to—experience shows that subsidizing industry only dulls the effects of bad policy only as long as the subsidies last or until the next crisis. Dependent industries are not competitive ones.

But the administration and Congress can and should address systemic anti-competitive regulatory and policy problems to set these two industries on better footing for the future.