Filipino Leader Is Pushing a Socialist Constitution. It Makes a Mockery of Liberty. 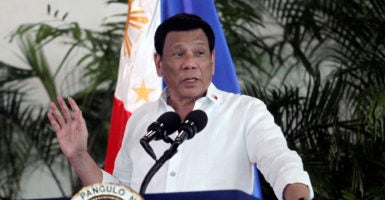 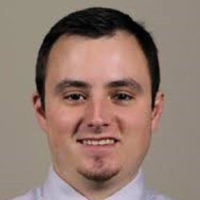 Taylor Fischer is president of the Federalist Coalition

As U.S. politics heats up this fall, across the Pacific Ocean a political battle is unfolding in the Philippines that should interest citizens here in the United States.

In 2016, Filipino President Rodrigo Duterte began speaking of federalism as a means to calm unrest in the island nation. In January of this year, he appointed 22 individuals to a consultative committee (Con-Com) whose aim was to develop changes to the constitution, which was originally passed in 1987.

The current proposal would break the country into 16 federated and two special autonomous regions, each with their own governments—similar in this respect to the American system.

While the outcome of Duterte’s plan is not of great importance to the everyday U.S. citizen, the proposal itself has provoked comparisons both to the U.S. Constitution and American federalism in a manner that should concern U.S. observers.

Federalism, or shared sovereignty, was once the lifeblood of American politics. The U.S. Constitution was a revolutionary work when first constructed. From September 1787 to June 1788, as it moved through the various states for ratification, skeptics were assured that the checks on federal power—both internally, by the division into three branches, and externally, by state governments—were enough to safeguard liberty.

Many of the Founding Fathers, most notably James Madison, John Jay, and Alexander Hamilton, feverishly advocated the compact, and they succeeded. The bedrock of American federalism was established on June 21, 1788, when the Constitution was ratified by New Hampshire, the ninth of the original 13 states.

Fast forward to today, and we see that the federal government has become a leviathan far different from what those Founders advocated—and in many respects, the realization of their worst fears.

Americans by and large have allowed this to happen by being less educated about the foundations of American government. We have allowed counterintuitive ideologies like socialism to creep into the mainstream and pollute the generally understood functions of good government.

At its core, the Constitution was designed to protect the citizens and their liberties. Yet a review of the proposed Constitution put forward by the Filipino Con-Com reveals quite a different vision: one of social justice, wealth redistribution, and socialism.

This is why words matter, and why it matters that the proposed restructuring in the Philippines has been directly compared to American federalism. That comparison was drawn in both a Forbes article and a Bloomberg article.

Let us look at some of the most striking aspects of the new Filipino constitution:

In other words, the federal government has the right to regulate private businesses, assume control of them at any time, and the right to seize firearms deemed capable of “mass destruction.”

Some of the areas of provincial authority include sports development and parks and recreation.

This is strikingly opposed to the vision of government presented by the U.S. Constitution.

For one, this proposal misses the fact that the division of power inherent to American federalism is not simply a means of organization. Authority was divided strategically at the federal level so as to create tension and to stymie government action, with the most basic duties being left to the state legislatures.

In the Filipino proposal, on the other hand, one of the primary functions of provincial (state) government is sports and recreation.

It also contains a list of individual “rights” that includes the right to:

In other words, the proposed Filipino constitution codifies many of the reforms long desired by democratic socialists here in the U.S.

There are other major concerns, including the lack of an electoral college and a requirement that elected officials hold a college degree. The document itself is 71 pages long, compared to the meager four-page parchment that governs America.

In sum, the Con-Com proposal bears no resemblance to American federalism or the U.S. Constitution, and any attempt to argue otherwise reflects progressive aspirations for American politics and the role of the federal government.

The pro-federalists and Duterte himself have already launched a major public relations campaign aimed at gaining support for their proposal before a public referendum next year. Americans should pay close attention and vehemently reject comparisons between our government and the one being proposed.

Our country is at its own crossroad, one where the ideas of liberty and freedom are locked in contention with those of social justice and collectivism. Giving any intellectual toehold to the idea that federalism and socialism can coexist, even in a far off country, is a mistake.

The good news is that 66 percent of Filipino citizens are currently opposed to the change. Let us hope they stand firm and preserve a government that protects the rights and liberties inherent to every person.