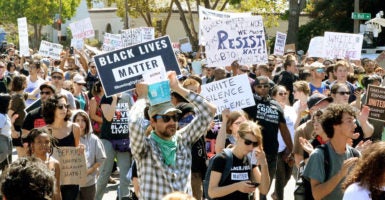 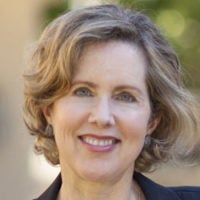 Heather Mac Donald is the Thomas W. Smith fellow at the Manhattan Institute, a contributing editor of City Journal, and a New York Times bestselling author.

In 1903, during America’s darkest period of hate, W. E. B. Du Bois heartbreakingly affirmed his intellectual affinity with Western civilization.

“I sit with Shakespeare and he winces not. Across the color line I move arm in arm with Balzac and Dumas,” Du Bois wrote in “The Souls of Black Folk.” “I summon Aristotle and Aurelius and what soul I will, and they come all graciously with no scorn nor condescension.”

Half a century earlier, Frederick Douglass had paid tribute to the 18th-century British orators whom, at age 12, he had discovered in a collection of political speeches.

“Every opportunity afforded me, for a time, was spent in diligently perusing [‘The Columbian Orator’],” Douglass recalled in his autobiography. “This volume was, indeed, a rich treasure,” he wrote, for the speeches—by Richard Sheridan, Charles James Fox, and William Pitt—“gave tongue to many interesting thoughts, which had frequently flashed through my soul, and died away for want of utterance.”

How much things have changed.

In 2016, a student petition at Yale University called for dismantling the college’s decades-long requirement that English majors take a course covering Chaucer, Spenser, Milton, and Wordsworth. Reading these authors “creates a culture that is especially hostile to students of color,” complained the students.

Sadly, there was by then nothing remarkable in this demand. Attacks on the canon as an instrument of exclusivity and oppression have flourished since the 1980s, when Jesse Jackson famously joined Stanford University students in chanting, “Hey, hey, ho, ho, Western Civ has got to go.”

But in the past few years the worldview behind such antagonism has become even more militant, transforming not just universities but the world at large. The demand for “safe spaces,” reflexive accusations of racism and sexism, and contempt for Enlightenment values of reason and due process are no longer an arcane species of academic self-involvement—they increasingly infuse business, government, and civil society. 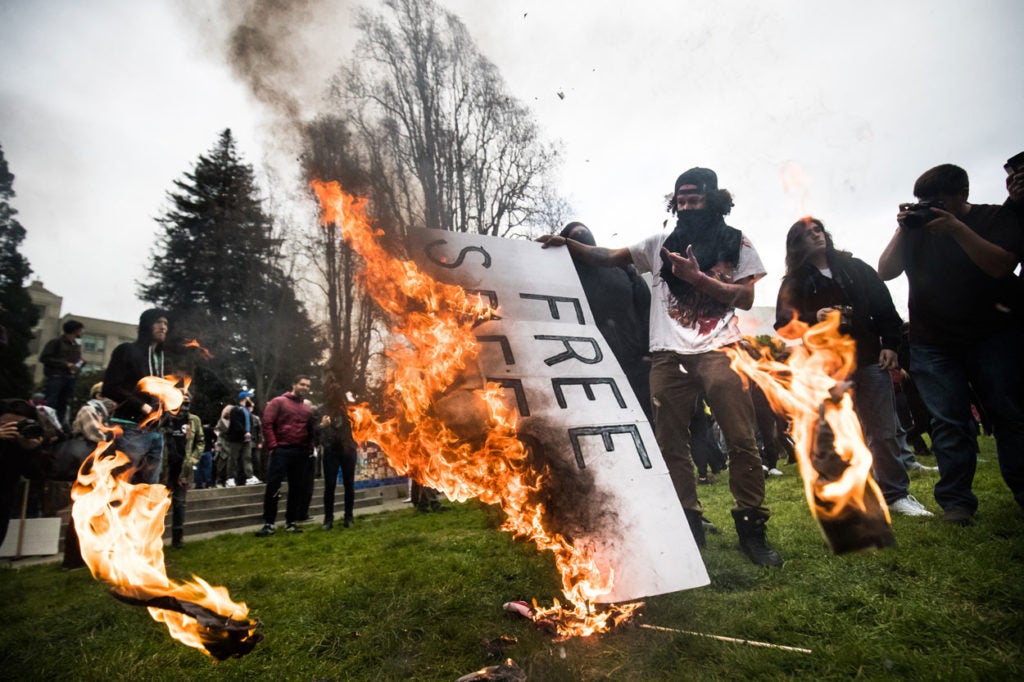 The roots of the diversity delusion lie in a charged set of ideas that now dominate higher education: that human beings are defined by their skin color, sex, and sexual preference; that discrimination based on those characteristics has been the driving force in Western civilization; and that America remains a profoundly bigoted place, where heterosexual white males continue to deny opportunity to everyone else.

These ideas, which may be subsumed under the categories of “diversity” and identity politics, have remade the university. Entire fields have sprung up around race, ethnicity, sex, and gender identity. Coursework in traditional departments also views the past and present through that same self-engrossed lens.

A vast administrative apparatus—the diversity bureaucracy—promotes the notion that to be a college student from an ever-growing number of victim groups is to experience daily bigotry from your professors and peers.

In fall 2015, black Princeton University students chanted: “We’re sick and tired of being sick and tired”—a phrase first used by Fannie Lou Hamer, a civil rights activist from the Deep South who was beaten in the 1950s for trying to vote. Hamer had grounds aplenty to be sick and tired, but any Princeton student who thinks of himself as downtrodden is in the grip of a terrible delusion.

That delusion, however, is actively encouraged by Princeton’s administrators, including the vice provost for institutional equity and diversity, who in early 2018 erected posters throughout campus inviting students to report “problematic experiences based on identity.”

>>> Purchase Heather Mac Donald’s book “The Diversity Delusion: How Race and Gender Pandering Corrupt the University and Undermine Our Culture“

In 2016, Brown University students occupied their provost’s office to demand exemption from traditional academic requirements such as class attendance because they were so focused, they said, on staying alive at Brown. Fact-check: No Brown student is at risk of his life from going to classes and trying to learn.

This victimology fuels the sometimes violent efforts to shut down speech that challenges campus orthodoxies. Taught to believe that they are at existential threat from circumambient bias, students equate nonconforming ideas with “hate speech,” and “hate speech” with life-threatening conduct that should be punished, censored, and repelled with force if necessary.

In March 2017, a mob of Middlebury College students assaulted a professor, giving her a concussion and whiplash, following their successful effort to prevent social scientist Charles Murray from speaking to a live audience by shouting, pounding on walls, and activating fire alarms. Murray just missed being knocked down and beaten himself.

After this attack, 177 professors from across the country signed an open letter protesting that the assailants had been disciplined, however minimally. The professors blamed the Middlebury administration for the violence, since its decision to allow Murray to lecture constituted a “threat” to students.

A few days later, another group of faculty members described the tribulations that students and faculty “of color” on that bucolic campus allegedly encounter: marginalization, neglect, objectification, and exclusion from full participation in campus life. The protest was a matter of “active resistance against racism, sexism, classism, homophobia, transphobia, ableism, ethnocentrism, xenophobia, and all other forms of unjust discrimination,” they wrote.

In May 2017 students from Evergreen State College in Washington state stormed into a class taught by biology professor Bret Weinstein and began cursing and hurling racial epithets. “F— you, you piece of s—,” screamed one student. “Get the f— out of here,” screamed another.

Weinstein, a lifelong progressive, had refused to obey an edict from Evergreen’s director of First Peoples Multicultural Advising Services that all white faculty cancel their courses for a day and stay off campus. White students were also ordered to absent themselves from the school, to show solidarity with the supposed struggles of Evergreen’s minority students.

Weinstein told the mob that he did not believe that science professors at Evergreen were “targeting” students of color, contrary to the premises of a newly announced equity initiative. “F— what you have to say,” a student responded. “This is not a discussion.”

Evergreen’s president, after being subjected to a similar expletive-filled mob tirade, expressed his “gratitude for the [students’] passion and courage.”

In September 2017, Weinstein and his wife, also an Evergreen biology professor, accepted a $500,000 settlement to resign from the college.

Universities should be the place where students encounter the greatest works of mankind and learn to understand what makes them touchstones of human experience. History should convey the hard work it took over centuries to carve stability and prosperity out of violence, tyranny, and corruption.

Instead, victim ideology encourages ignorant young adults to hate the monuments of Western civilization without bothering even to study them. (Bruce Bawer and Roger Kimball previously called out these trends in “The Victims’ Revolution” and “Tenured Radicals,” respectively.)

Faculty respond to students’ know-nothing tantrums with silence—when they are not actively colluding in the destruction of humanistic learning. 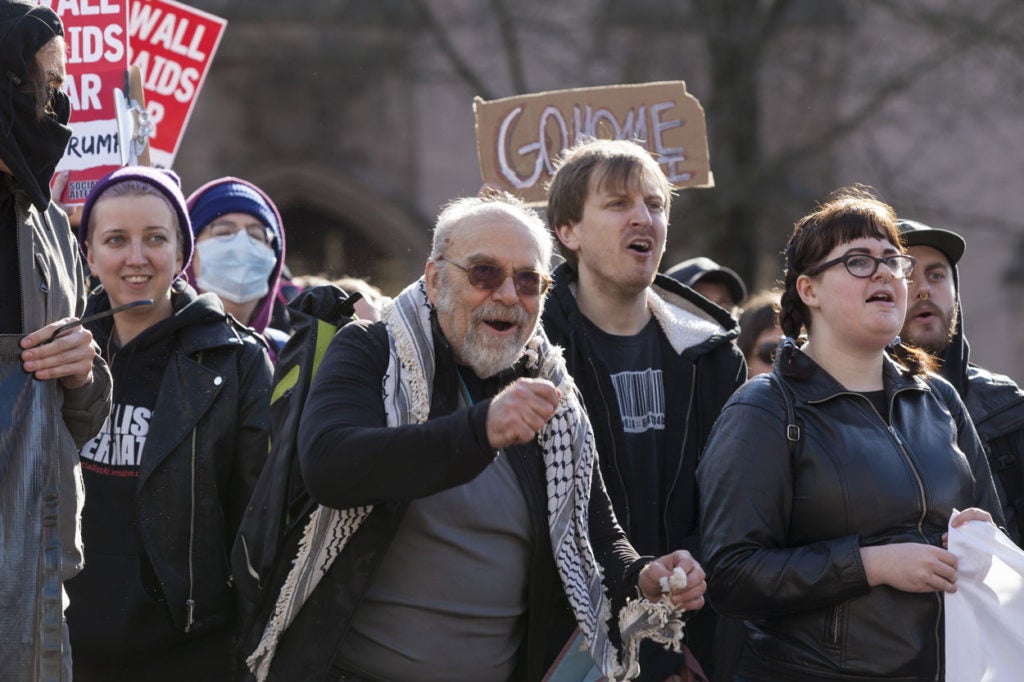 Students protest against a conservative rally at the University of Washington in Seattle, Feb. 10, 2018. (Photo: Paul Christian Gordon/Zuma Press/Newscom)

None of this campus self-pity is justified. American college students are among the most privileged human beings in history. But the claim of ubiquitous “racism, sexism, classism, homophobia, transphobia, ableism, ethnocentrism, and xenophobia” is now lodged in the non-academic world as well, where it is being used to silence speakers and ideas with which favored victim groups disagree.

Civility is shrinking and civil peace may be in jeopardy. Masked anarchists use force to block conservatives from speaking in public forums. The free speech crisis on and off campus will not be solved until the premises of victimology are challenged directly and exposed as fraudulent.

The academic obsession with identity is ironic, since its roots lie in a philosophy that denied the very existence of the self. In the 1970s, the literary theory of deconstruction took over humanities departments with a curious set of propositions about language.

Because linguistic signs were arbitrary, successful communication was said to be impossible. Most surprisingly, the human subject was declared to be a fiction, a mere play of rhetorical tropes.

In the 1980s, however, the self came roaring back with a vengeance as feminists and race theorists took the mannered jargon of deconstruction and turned it into a political weapon. The key deconstructive concept of linguistic “différance” became identity difference between the oppressed and their oppressors; the prime object of study became one’s own self and its victimization.

The most significant change concerned attitudes toward the Western intellectual tradition. Deconstructive theorists such as Paul de Man and Jacques Derrida performed their interpretive sleights of hand on Proust, Rousseau, Plato, Shelley, and Wordsworth, among other leading philosophers and writers. They did not disparage these complex texts as the contemptible products of dead, white males. Multiculturalism, which took over literary studies in the 1980s, destroyed that respect for the canon while continuing the deconstructive stance of exposing alleged subtexts and suppressed meanings.

What had been an epistemological project became a political one. 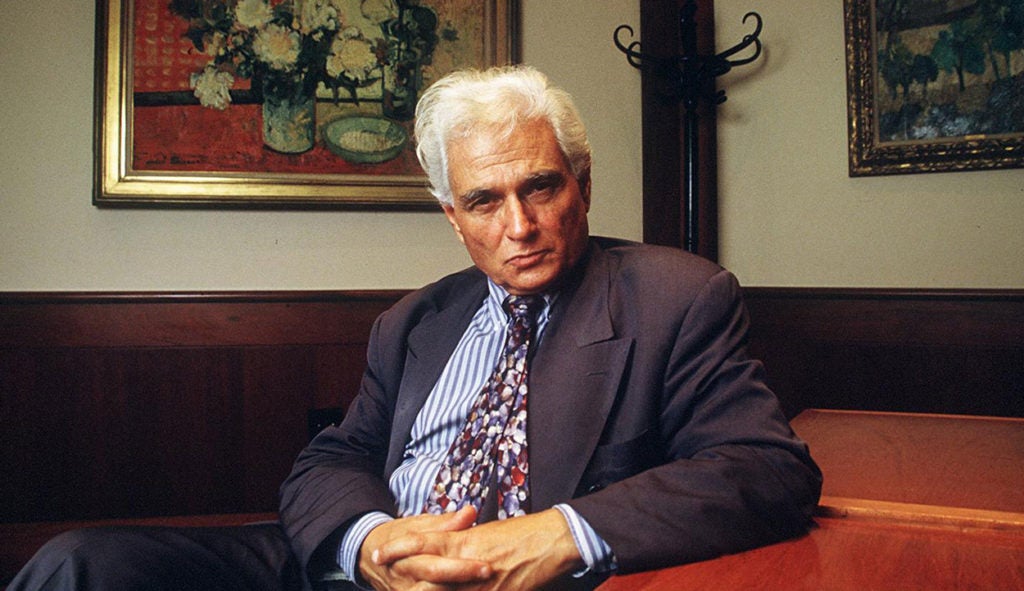 Postmodern philosopher Jacques Derrida (1930-2004) developed the critical method of deconstruction, which rejects the possibility of being able to discern an objective meaning in written texts. (Photo: Kamp/Sipa/Newscom)

A 23-year-old theater student at the University of California, San Diego, circulated a petition in February 2018 to cancel a course on Woody Allen’s movies, due to Allen’s alleged sexual improprieties. Asked if the demand to efface the course raised free speech problems, the student dismissed the First Amendment as an “outdated” law “written by a bunch of white men.” (It is a certainty that she has read neither the amendment nor the history of the Bill of Rights.)

The university rejected the petition, but the multicultural excuse for trashing Enlightenment principles continues to wreak havoc elsewhere.

Even the one remaining bright spot in the universities is vulnerable. Academic science is in the crosshairs of the victimologists. For now, university researchers are still accomplishing astounding feats of intellectual discovery. But the incessant demand from administrators and government officials that science departments hire by gender and race, rather than established accomplishments, may take a toll on their intellectual capital.

That demand continues into the marketplace, where activist groups and the media exert identical pressure on for-profit science and technology firms in Silicon Valley and elsewhere.

“Diversity” in the academy purported to be about bridge-building and broadening people’s experiences. It has had the opposite effect: dividing society, reducing learning, and creating an oppositional mindset that prevents individuals from seizing the opportunities available to them.

It is humanistic learning, by contrast, that involves an actual encounter with diversity and difference, as students enter worlds radically different from their own. Humanistic study involves imaginative empathy and curiosity, which are being squelched in today’s university in favor of self-engrossed complaint.

Teaching the classics is the duty we owe these great works for giving us an experience of the sublime. Once we stop lovingly transmitting them to the next generation, they die.

For decades, universities have drifted further and further away from their true purpose. Now they are taking the rest of the world with them.

This excerpt was taken with permission from the book “The Diversity Delusion: How Race and Gender Pandering Corrupt the University and Undermine Our Culture“ 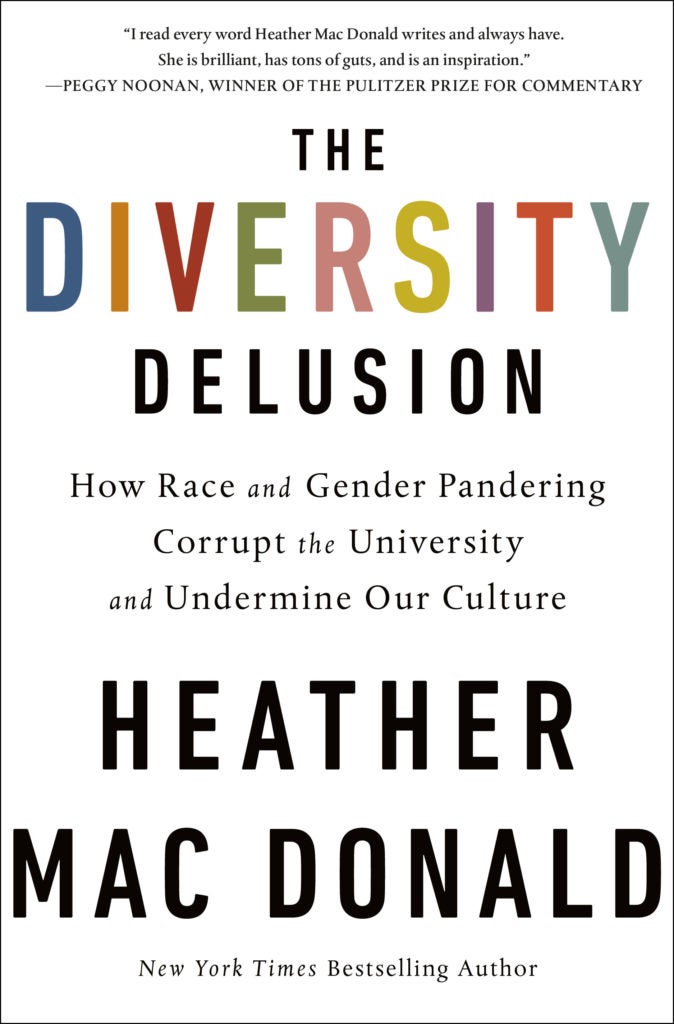