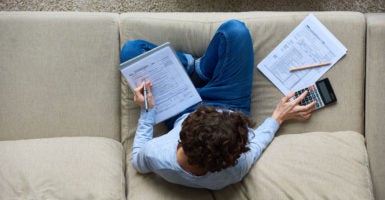 A new Heritage Foundation study shows Americans in every congressional district will see a tax cut in 2018. (Photo: mediaphotos/Getty Images) 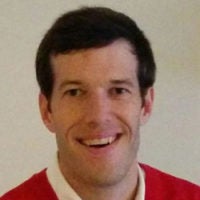 This is not a hypothetical question. New research from The Heritage Foundation shows that the average American household can expect about $26,000 more in take-home pay over the next 10 years thanks to the tax reform that Congress passed last year.

But where can you find the “average” American? With Heritage’s new online tool, you can see how the Tax Cuts and Jobs Act will benefit the typical taxpayer in every congressional district. We’ve tailored our research to where you live. (Check it out here.)

The big takeaway? Wherever you live, typical taxpayers in every congressional district will see a tax cut in 2018.

You may have noticed this phenomenon already as your employer has started deducting less from your paycheck this year. The average American household can expect to pay about $1,400 less in taxes in 2018. But depending on where you live and how many kids you have, the numbers can look different.

Lower-income communities, such as areas near Phoenix, Arizona, (AZ-7) represented in the House by Ruben Gallego, as well as Philadelphia, Pennsylvania (PA-2), will see much larger percentage decreases in their tax bills. Tax reform benefited these communities by cutting their income taxes on average by 18 percent or more.

Moreover, Americans with children will benefit tremendously from the Tax Cuts and Jobs Act. A married couple filing jointly with two children will see their tax bills fall by $2,917.

The tax cuts, however, will have much larger effects than just letting Americans keep more of their money. Since tax reform passed, more than 600 companies have announced more jobs, more bonuses, higher wages, charitable giving, and new investments in the U.S. Many of them explicitly cited the tax cuts as the reason for the bonuses and investments.

Businesses are in the midst of the longest-running trend of adding jobs to the U.S. economy in our history.

In the coming years, the tax cuts will continue to raise wages, increase investment, and expand economic opportunities. Americans will in fact benefit twice from the tax cuts—once from paying less in taxes, and again from higher pre-tax incomes.

But this future is not certain. Many of the tax cuts expire after 2025, and some in Congress are determined to repeal them well before then. If the tax cuts are made permanent, our estimates suggest take-home pay after 2025 would be about 1 percent higher, corresponding to $600 per year for someone making the median U.S. income.

The Tax Cuts and Jobs Act is fundamentally important for Americans all across the country. It’s time to protect our paychecks and our financial well-being by telling Congress to make our tax cuts permanent.