Uprooting the Evil of Sexual Exploitation 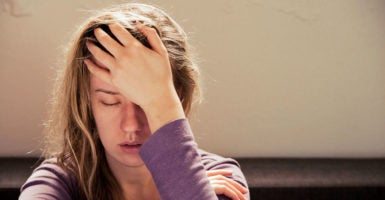 All forms of sexual abuse and exploitation stem from the same lack of respect for human dignity and a lack of compassion for fellow human beings. (Photo: ljubaphoto/Getty Images) 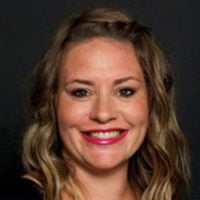 Dawn Hawkins is the executive director and senior vice president at the National Center on Sexual Exploitation in Washington.

How would we react upon discovering the actual number of women and girls who are used for sex, abused, and discarded like trash through prostitution, pornography, and sex trafficking?

What if we could quantify the pain that sexual abuse inflicts on the women, men, and children who suffer it? What if we could calculate—and truly comprehend—the collective damage sexual exploitation does to those around us?

The weight of it would be crushing. As such, raising public awareness of the horrifying, worldwide scope of the problem is the aim of the Coalition to End Sexual Exploitation Global Summit 2018, being held this week in Washington.

Right now, Americans from all walks of life, from Hollywood to Capitol Hill, are engaged in a national dialogue about sexual harassment and assault after the downfall of legendary movie mogul Harvey Weinstein.

Weinstein, despite having deep political connections, power, and prestige, was a danger to the countless women in the filmmaking industry he sexually harassed and assaulted.

After Weinstein’s accusers spoke out against him, we witnessed the downfall of other men in Hollywood, the media, and the tech sector, from political commentator Mark Halperin to actor Kevin Spacey.

The #MeToo movement was born, and women across the country spoke out about the sexual harassment they suffered, often at the hands of those closest to them.

>>> Why Some Conservatives Struggle With #MeToo, and the Way Forward

It’s time to ask questions and get answers. The issue has attracted media attention—for now. But we cannot squander this opportunity.

All forms of sexual abuse and exploitation stem from the same lack of respect for human dignity and a lack of compassion for our fellow human beings.

This fundamental flaw drives the selfishness of sexual objectification and the culture of sexual harassment and assault.

In this landscape of sexual wreckage and pain, the Coalition to End Sexual Exploitation Global Summit 2018 brings together people who have walked the path of sexual exploitation, whether it was pornography, sex trafficking, prostitution, or child sexual abuse—and came away from that experience with a desire to ensure no one else suffers the same fate.

More than 60 conference speakers, subject matter experts, and academics have come together to develop and discuss the best possible solutions.

Activists, women, and students are attending the conference to become inspired and network with other like-minded individuals. Though the experiences and skills are wide-ranging and the politics are diverse, conference attendees are united by the commitment to build a world free from sexual exploitation.

These experiences and perspectives inform the national discussion about the human rights deprivations of sexual abuse and exploitation plaguing almost every facet of our culture.

>>> I’m a Conservative Who Was Roofied by a Stranger. Here’s What I Think of the ‘Me Too’ Hashtag.

As we continue down this path of social awakening, it matters that we get this conversation right.

Philosopher Roger Scruton said of pornography, “It threatens the loss of love in a world where only love brings happiness.”

His words aptly apply to all forms of sexual abuse and exploitation, and if the #MeToo movement reveals anything, it’s that we’re treating human sexuality wrong, as something to be commodified, rather than respected.

This global summit, and indeed our entire movement, exist for the sake of a world where love and human flourishing are the conquerors of hatred, violence, and abuse.

A similar version of this article was published by Fox News.