Tax Reform Is Boosting Take-Home Pay for Millions of Americans. Here’s the Proof. 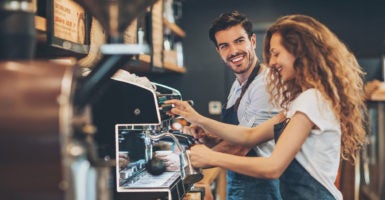 Ninety percent of Americans will get to keep more of what they earn as a result of tax reform, according to the Treasury Department. (Photo: pixelfit/Getty Images) 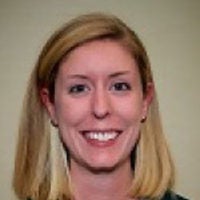 Mary Kate Hopkins is the director of federal affairs for Americans for Prosperity.

For a nation accustomed to instant gratification, the Tax Cuts and Jobs Act is a winner.

Before President Donald Trump even signed the bill, companies were announcing employee pay raises, bonuses, and increased investments to grow their businesses and bring operations back from overseas.

Among the first out of the gate was AT&T, which said it would give $1,000 bonuses to more than 200,000 nonmanagement employees and make an additional $1 billion investment in the United States. Boeing put $100 million toward training, education, and other workforce development. Walmart expanded paid parental leave and boosted starting wages to $11 an hour.

Then in January, the happiest place on earth got a little happier as The Walt Disney Co. announced it would invest $50 million in an education program that covers tuition costs for hourly employees and would distribute $1,000 cash bonuses to more than 125,000 employees.

“In a tightening labor market, it’s more important than ever for employees to feel valued and acknowledged,” said owner John Jordan. “Take-home pay for most American workers will increase in 2018, but why wait?”

And that was just the beginning. Millions of hardworking taxpayers are now enjoying the boost in take-home pay.

The new tax law lowered rates and raised the income thresholds for most tax brackets. As a result, 90 percent of Americans will get to keep more of what they earn, according to the Treasury Department. For a single taxpayer earning $50,000 annually, this translates to an extra $50 a week—that’s more than $2,500 a year.

What’s more, by nearly doubling the standard deduction—it’s now $12,000 for individuals and $24,000 for married couples—the law widened the “zero tax bracket.” For many taxpayers, this eliminates the time-consuming and at times baffling process of itemizing deductions—a giant step toward a fairer, simpler tax system.

House Minority Leader Nancy Pelosi has characterized the benefits of tax reform as “insignificant,” and, à la Marie Antoinette, “crumbs.” But ordinary Americans see it differently. More than half of those recently polled by The New York Times said they approve of the new law.

And that’s sure to grow as long as Congress doesn’t sabotage our newfound tax relief by reverting to business as usual.

Among the ill-advised proposals currently on the table is an extension of $11.3 billion in tax breaks for politically connected special interests. Tax reform was launched in large part to unrig the economy and do away with handouts for a few powerful industries at the expense of hardworking taxpayers. Approving generous tax carve-outs for select groups, like racehorse owners, Puerto Rican rum producers, and green energy companies would be a giant step backward.

Another threat is a 25-cent-per-gallon gas tax hike that some lawmakers are floating as a way to help fund a $1.5 trillion infrastructure modernization plan. This would nearly double the federal gas tax and cost the average family close to $300 a year, snatching back a good portion of the savings from tax reform.

Even worse, increasing gas tax revenue is unnecessary. Right now, a significant portion of federal transportation dollars meant for highways and bridges is diverted to pay for things like bike paths and boardwalks.

Ending this practice along with smarter spending and the elimination of costly, restrictive regulations could provide adequate savings to fund major road and bridge projects throughout the country.

If Congress can avoid these temptations, monumental economic growth is on the horizon.

The reduced corporate tax rate has made our country more globally competitive and many companies are now choosing to stay in the United States rather than take cover in tax havens like Bermuda and Ireland. Federal Reserve Chairman Jerome Powell recently told the House Financial Services Committee that “the economic outlook remains strong.”

Small business optimism is at one of its all-time highs, and last year wages grew at the fastest pace since 2009, a trend expected to continue this year thanks to tax reform.

The long-awaited American pay raise has made a dramatic entrance. Hopefully, Congress lets it stay.