Podcast: What It’s Really Like to Be a Conservative on a College Campus 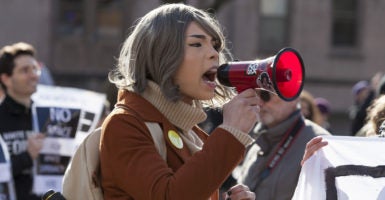 The Daily Signal’s two interns this semester, Kyle Perisic and Chrissy Clark, join us to weigh in on life as a conservative at the university—and what they think of a new Gallup poll that found 6 out of 10 college students believe “campus climate prevents people from speaking freely.” Plus: We talk about Hillary Clinton’s latest “explanation” for why she lost the election, and the media largely ignoring a new report from the House intelligence committee finding no evidence of collusion between the Trump campaign and Russia.