My University Stripped a Campus Ministry of Recognition, Until It Fought Back 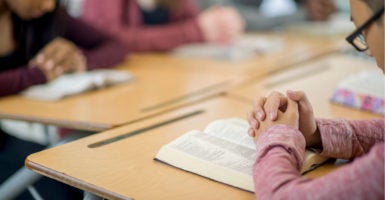 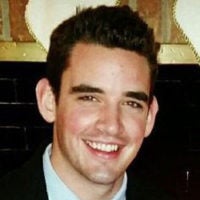 Jake Goeddeke is a senior at Wayne State University and a member of PragerFORCE, the student ambassador program of PragerU.

My school, Wayne State University, doesn’t typically get much media attention. It’s the third-largest university in Michigan, with over 27,000 students, yet it often gets overshadowed by the bigger universities in the state.

So I was surprised last week to see Wayne State make national headlines for reinstating a Christian student group on campus. The news was not well publicized on campus, and neither was the initial de-recognition of the group.

That’s understandable, though. The university was practicing blatant discrimination. Why would the administration want that publicized?

InterVarsity Christian Fellowship is one of the nation’s largest college ministries, with 1,015 chapters on 687 campuses. Its purpose is to “establish and advance at colleges and universities witnessing communities of student and faculty who follow Jesus as savior and Lord.”

Last fall, InterVarsity began its 75th year on Wayne State’s campus. It was then that the Dean of Students Office decided to de-recognize the ministry. Why? Simply because InterVarsity requires its leaders to affirm the Christian faith.

Last week, InterVarsity filed a lawsuit against the university. It was represented by Becket Law. Just two days later, Wayne State announced it would reverse its decision and continue recognizing InterVarsity as an official student organization.

That was encouraging news, but the whole ordeal is still deeply troubling.

Wayne State said the reason it initially de-recognized InterVarsity was because it violated the university’s nondiscrimination code by requiring its leaders to be Christians. But in this respect, InterVarsity is no different from other student groups. Other groups require their leaders to meet certain standards that reflect the character of the group, and the administration (rightly) allows this.

Requiring student leaders to reflect the character of the group is common sense, and the university seems to agree—except in the case of InterVarsity. So it seems blatantly obvious that InterVarsity was singled out because of its beliefs. Is that not the very definition of discrimination?

The whole point of having student organizations is to create a community for students, to allow them to gather together based on certain shared ideas, practices, and beliefs. The transition from high school to college can be difficult, but it is made easier when students can find their niche with other students who share things in common.

Of course, InterVarsity meetings are not just for Christians. InterVarsity welcomes students of all backgrounds, ethnicities, faiths, and identities. Students can even become members without being Christians. It is only the official leaders who must affirm the group’s Christian statement of faith. This makes InterVarsity more open than other groups, who have stricter requirements for members.

Hopefully, Wayne State will begin to see InterVarsity the same way it sees every other student group and will respect its freedom of association. It’s unfortunate that it took a lawsuit to right this wrong, but I’m hopeful it will help turn a new page on our campus.