All 3 NAFTA Countries Have Gained in Prosperity Since 1994 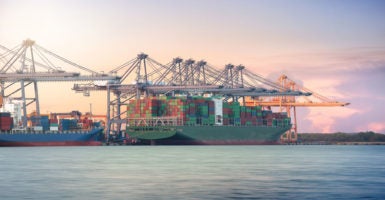 The United States' per capita gross domestic product has more than doubled since NAFTA took effect in 1994. (Photo: iStock Photos)

Trade officials from the United States, Canada, and Mexico were set to meet Tuesday in Montreal for the latest round of talks to discuss how to improve the North American Free Trade Agreement, which began in 1994.

A year after its signing, The Heritage Foundation published the first edition of its annual Index of Economic Freedom in 1995. This index measures levels of overall economic freedom across the globe.

The annual index shows that economic freedom in the three NAFTA countries has increased significantly in the years since NAFTA came into force. And along with rising economic freedom has come greater prosperity.

As the chart below indicates, per capita incomes have risen dramatically in Canada, Mexico, and the United States. The Trump administration is currently engaged in renegotiating parts of NAFTA. Heritage has already suggested a number of changes that would improve the agreement, and we hope negotiators will incorporate them.

But we also hope they will not forget how much prosperity has been achieved for NAFTA countries since 1994. NAFTA should be improved upon, not reversed.