Iceland’s Equal Pay Regime Will Hurt, Not Help, Women. We Don’t Need It. 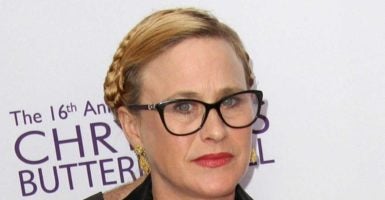 Iceland this week took its equal pay policies to a new level, as a law took effect requiring employers to prove they don’t discriminate against women in monetary compensation.

Yet Arquette, who fancies herself a crusader for women’s rights, breathlessly tweeted:

Yoo Hoo!! In Iceland it is now Illegal to Pay Women less- https://t.co/4HBI9gdvJ7

And Sanders, who ran for president in 2016, enthused on Facebook: “We must follow the example of our brothers and sisters in Iceland and demand equal pay for equal work now.”

What Iceland actually did is ring in 2018 with mandatory, government-enforced certification that employers pay men and women equally. Noncompliance results in fines.

“It’s a mechanism to ensure women and men are being paid equally,” Dagny Osk Aradottir Pind, one of the leaders of the Icelandic Women’s Rights Association, told Al Jazeera.

Icelandic employers with 25 or more workers are required to obtain a “pay equality certification” from a government-approved certifier every three years.

The small Nordic nation adopted the law in June 2017 in an effort to root out even the small, unexplained pay gap that remains after reasonable factors are taken into account to explain the so-called raw wage gap.

That’s a knee-jerk policy response to a rather complicated problem, with far-reaching implications for Iceland’s economy.

The raw wage gap is simply the median difference in pay for full-time, year-round workers by gender. For U.S. workers, this wage gap meant women made 80.5 cents to every dollar men made in 2016, according to the U.S. Census Bureau.

After accounting for factors such as occupation, hours worked, education, tenure, and so on, the wage gap shrinks substantially. What remains is the “unexplained” wage gap.

In the U.S. context, about 5 to 7 percent of the wage gap is unexplained. In Iceland, the gap was similar, at 5.7 percent.

The fact of an unexplained gap does not necessarily imply discrimination. It simply means that researchers have not been able to quantify certain explanatory factors.

We know from polling that women exhibit a preference for compensation other than cash wages in the form of more flexibility or more time off.

But the value of benefits such as flexible and alternative work schedules and on-site child care are difficult—if not nearly impossible—to measure because their value varies significantly among individuals. A childless male, for example, would value on-site child care at zero while a female with young children would value it highly.

Other known data limitations include quantifying the importance of experience and job tenure by occupation and industry.

The right response to such limitations is not to make broad-stroke, unwarranted judgment calls. Instead, governments should allow workers to choose the jobs—including the pay and total compensation packages—they desire without imposing unwarranted conditions that could backfire against the very same people they intend to help.

After all, most developed nations already have strong laws in place to ensure equal pay for equal work.

Unfortunately, the European Social Policy Network, a group that  advises the European Commission on social issues, hasn’t considered that the remaining gender pay gap actually may be the result of women’s choices.

Author Stefán Ólafsson writes: “This 5.7% unexplained pay gap [in Iceland] is thus the gender difference in pay that can be attributed to discrimination against women.”

The result is a law based on a faulty premise that imposes rigid pay structures across the Icelandic economy.

According to the “Equal Pay Standard,” the basis of certification by Iceland’s government, companies are required to go through a pay assessment process that classifies jobs according to value created for the company and determines associated pay based on the position held in the company.

More flexible pay structures assess the value an individual brings to an organization and base pay on experience, tenure, education, and other factors related to performance.

The goal of Iceland’s Equal Pay Standard appears to be to pay all individuals performing similar roles the same, regardless of any distinguishing features or what that these individuals are able to negotiate for themselves. This will result in rigid pay structures, similar to the General Schedule classification and pay system used by the U.S. federal government.

By distorting the labor market, rigid pay structures will result in inflexible job requirements and work schedules that disproportionately hurt those who value workplace flexibility the most: women.

Rigid pay structures also will prevent businesses from attracting and retaining qualified employees. They will reduce economic growth as well as job and wage prospects for many workers.

The Trump administration recently reversed an Obama administration rule requiring employers to report detailed salary information by gender and other factors. The Labor Department intended to use this information to police employers who raised red flags in the agency’s data files for an unequal distribution in employment and pay scales.

The Obama administration rule would have reduced the availability of flexible work arrangements, which are especially important to working parents. It also would have led to less performance-based pay, such as bonuses, to encourage and reward excellence.

Billie Jean King tweeted of the news out of Iceland:

Iceland again leading in the equality movement. A new female Prime Minister, and a Parliament where nearly half of its members are women. Equal representation benefits everyone! #EqualPay #equality #WednesdayWisdom https://t.co/bpi1P7zVr9

But what Iceland actually has done is go far beyond reporting requirements. Its government instead will approve or disapprove of employers’ payroll decisions, starting this year.

The resulting rigid pay structures for Icelanders likely will lead to more temporary and independent contractor-type work arrangements, since the law applies only to companies with 25 or more full-time, year-round workers.

In America, reasonable men and women should agree this is a bad idea to import here.