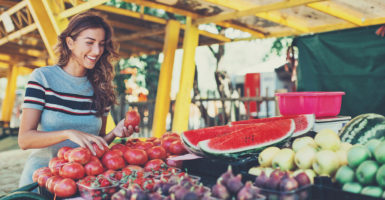 The free market allows for division of labor and specialization, reducing the amount of knowledge required of each person in the marketplace. (Photo: iStock Photos)

One of the most challenging and important jobs for an economics professor is to teach students how little we know and can possibly know.

My longtime friend and colleague Thomas Sowell says, “It takes considerable knowledge just to realize the extent of your own ignorance.” Nobel laureate Friedrich August von Hayek admonished, “The curious task of economics is to demonstrate to men how little they really know about what they imagine they can design.”

The fact that we have gross ignorance about how the world operates is ignored by the know-it-all elites who seek to control our lives. Let’s look at a few examples of the world’s complexity.

According to some estimates, there are roughly 100 million traffic signals in the U.S. How many of us would like the U.S. Congress, in the name of public health and safety, to be in charge of their actual operation?

Congress or a committee it authorizes would determine the length of time traffic lights stay red, yellow, and green and what hours of the day and at what intersections lights flash red or yellow.

One can only imagine the mess Congress would create in the 40,000 cities, towns, and other incorporated places in the U.S.

Here’s another task I’d ask whether you would like Congress to control.

Let’s suppose Congress puts you in total control of getting just one item to a supermarket—say apples. Let’s not make it easy by having the help of apple wholesalers. Thus, you would have to figure out all of the inputs necessary to get apples to your local supermarket.

Let’s look at just a few. You need crates to ship the apples. Count all the inputs necessary to produce crates. There’s wood, but you need saws to cut down trees. The saws are made of steel, so iron ore must be mined, and mining equipment is needed. The workers must have shoes.

The complete list of inputs to get apples to the market comes to a very large, possibly an unknowable, number. Forgetting any one of them, such as spark plugs, would probably mean no apples at your supermarket.

The beauty of market allocation of goods and services, compared with government fiat, is no one person needs to know all that’s necessary to get apples to your supermarket. Free markets, accompanied by free trade, including international free trade, make us richer by economizing on the amount of knowledge or information needed to produce things.

What do you know about raising pigs and their subsequent slaughter? Do you know how to cure pork to make bacon? Then there are the eggs, which require knowledge about the care of chickens. What about getting pig and chicken feed?

You’d have a big problem with the coffee and cocoa. I doubt whether you could simulate the growing conditions in Brazil and West Africa.

One thing that’s guaranteed is that your breakfast would be far costlier than in the case where you depended upon the benefits of skills of others that emerge from the division of labor and trade.

The bottom line is that each of us is grossly ignorant about the world in which we live. Nothing’s wrong with that ignorance, but we are stupid if we believe that a politician can produce a better life than that which is obtained through peaceable, voluntary exchange with our fellow man anywhere on earth.