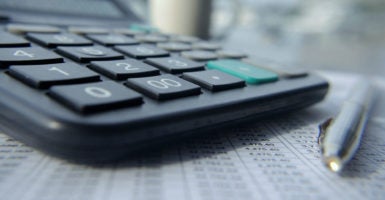 With the ongoing debate over health care reform, the Congressional Budget Office has drawn increased attention from across the political spectrum.

in particular, many have begun to voice frustrations about the CBO’s practices to the point that eight past directors of the CBO penned a letter defending the institution. More recently, legislation has even been introduced to dismantle, or diminish, the CBO’s role.

A lot of this frustration is likely to be painted as partisan, angry, or vengeful, but it is quite apparent the CBO could ease some of these frustrations by engaging in more open and transparent communication.

The CBO has especially been a target of frustration due to its refusal to openly score health care legislation.

In fact, current CBO Director Keith Hall acknowledged this was a problem in 2015 and made a point to state that the CBO would post online working papers for health care policy in particular.

This announcement was accompanied by a valuable working paper about how the CBO estimates Obamacare would effect labor markets.

Hall states, “Today’s paper—part of a broad series of working papers providing technical information about our analyses—is just one way that the CBO provides information about the methods and calculations underlying its estimates.”

However, on the page designated for methods for analyzing health insurance coverage, only two papers are listed under “working papers”—this paper from 2015 and a paper on the impact of mandates from 2010.

Many scholars have questioned the CBO’s accuracy in regard to Obamacare, and even Doug Elmendorf, a past CBO director, admitted it might not have gotten everything exactly correct when scoring Obamacare.

In particular, the CBO has had an issue of scoring the impact of individual mandates. Within a model, these effects are usually applied by take-up probabilities through simple functions and equations.

A simple search of the CBO’s website reveals documentation of its health model, particularly a 50-page overview that was published in 2007.

From this general view, it is difficult to understand or know how the CBO has modified its model given new information about the function of mandates, or how it has incorporated findings across time, despite multiple scores and papers about reforms to Obamacare.

There is no reason for the CBO not to make public the work it conducts and the assumptions it makes in evaluating various pieces of legislation. Doing so would also allow the CBO’s work to improve, as more contributors could provide comments and discuss the actual assumptions that go into many scores.

It would also make it possible to see more granular results in the CBO’s findings, as researchers could simply pull more outputs compared to what the CBO generally provides in its reports.

The CBO provides a valuable resource in scoring legislation. However, it will continue to face increased scrutiny and frustration if it does not embrace a culture of open and transparent communication.

Making its health model public would be a good first step in this direction.