The American Dream Is in Crisis 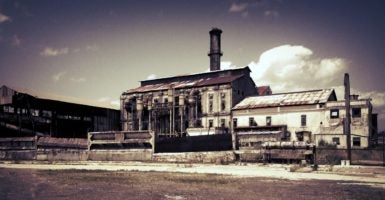 The 2016 election cycle shed new light on large groups of Americans who have lacked access to the American dream. (Photo: iStock Photos) 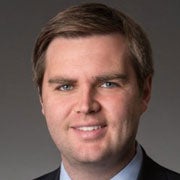 Every year, The Heritage Foundation publishes a collection of data, charts, and thoughtful contextual pieces under the heading of the Index of Culture and Opportunity.

Its title is a nod to something often lost in our politics these days: that culture and opportunity are linked together, that the opportunities that exist in our society and our citizens’ perceptions of those opportunities shape our shared culture, and that our culture in turn shapes the opportunities available to individuals and communities.

So connected are these concepts that efforts to understand them will suffer from any artificial attempt to segregate them. This volume is admirable both for its willingness to house culture and opportunity under the same intellectual roof and for its effort to quantify and analyze both.

Opportunity is built explicitly into the American social contract. We declared independence by noting a God-given right to pursue happiness, and one of the few philosophical issues that unite both sides of our political spectrum is the idea that we should have some measure of “equality of opportunity” in our society.

>>> Read The Heritage Foundation’s 2017 Index of Culture and Opportunity

The very notion of an American dream presumes that our poor and middle-class children possess the right to reach as high as their talents and work ethic allow.

When Jeb Bush named his pre-presidential campaign “Right to Rise,” when Hillary Clinton spoke at the Democratic National Convention about how her primary job would be to “create more opportunity,” and when Donald Trump ran a successful campaign on the promise of “jobs, jobs, jobs,” each of them paid homage to that shared value.

While each of them had different ideas about how to achieve more of it, the ubiquity of opportunity in our public discourse is one of the few contemporary pieces of evidence of our shared national identity.

Just as we accept that opportunity stands at the core of our national identity, however, so we all seem to be waking up to the fact that things are not quite what they used to be.

When Trump has spoken of the country as trapped in a losing game of international trade or decried the carnage on so many American streets, he has earned criticism for painting an overly pessimistic view of his own country.

Yet that pessimism struck a chord with many Americans, including those who did not vote for him.

The question for those concerned about the future of the country is not whether negativity is justified, but why negativity inspired so many at the polls.

There is both a quantitative and a qualitative answer to this question.

The quantitative side points us in the direction of data that tell us the American dream is in crisis. Economist Raj Chetty and his colleagues have found that in 1940, approximately 90 percent of children could expect to earn more than their parents.

Of course, this purely material metric is hardly perfect for measuring the American dream, but it is a decent approximation.

And compared to children of 1940, today’s generation of young adults is not doing quite as well: Only about half of children born in the 1980s could expect to earn more than their parents.

Perhaps most worryingly, the trend line shows no real sign of moving in the other direction. It will take years before we have a full picture of the upward mobility of children born in the 1990s, but the evidence we have now suggests that this fuller portrait will bring us little comfort.

For the immediate future, the American dream is likely to remain in crisis.

The real lives behind these numbers tell a troubling tale, though much about these lives lay hidden from elite consciousness until recently.

The nomination and election of Trump and, to a smaller degree, the populist surge on the left that gave rise to Vermont Sen. Bernie Sanders’ candidacy revealed to our power centers in New York, Washington, and San Francisco that an entire country lay hidden in plain sight.

When our politics jolted many into curiosity, a veritable army of journalists descended on Ohio, Pennsylvania, West Virginia, and many other places to study what some have called “the forgotten voters.”

What they found was communities in crisis: main street businesses largely vacant and unoccupied; enormous factories with shattered glass and empty parking lots; addiction and poverty where only a generation earlier middle-class life flourished; cash-for-gold stores and women so consumed by their desire for opioids that they are willing to sell their bodies to access them; a troublingly low labor force participation rate, especially among able-bodied men; and—most of all—good people, some poor, some middle class, who feel especially uncertain about a future in which their children are unlikely to live a life better than the lives of past generations.

The story behind the story, as any economist will tell you, is partially about creative destruction and industrial decline. The areas where upward mobility is lowest—certain urban cores, broad swaths of the industrial Midwest and Southeast—are often those hit hardest by manufacturing-related job losses.

In a world where a high school graduate can no longer count on meaningful, well-paying jobs, we should not be surprised that the communities that most depend on that work are struggling.

The recognition that work has changed in ways that challenge both individuals and communities is now conventional wisdom, and it has the benefit of being true.

Yet purely economic questions miss something important about our current moment. Too rigid a focus on the material permits us to divorce concerns about opportunity from those about culture.

In some ways, this is understandable: The comfort zone of many elites and thus their language trends toward the mathematical and technocratic.

We speak about education and workforce development, the skills gap, automation and offshoring, and trade deficits in part because these things are easier to measure. We can put a number on the time necessary to retrain a worker and the productivity gains of doing so.

It is harder to measure culture and how it affects the people who occupy it, and judging by much of our recent discourse, it is harder still to talk about culture.

But talk about it we must, because the evidence that culture matters should now overwhelm any suggestion to the contrary.

We know, thanks to the work of experts like Nadine Burke Harris, that childhood trauma and instability make it harder for children to concentrate at school, deal with conflict successfully, or form stable families themselves later on.

We know that two of the biggest factors driving regional differences in upward mobility are the prevalence of single-parent families and concentrated poverty, indicating that both family and neighborhood structure matter in the lives of our nation’s working class.

We know that declining participation in civic institutions like churches destroys social capital and eliminates pathways to the middle class in the process.

We know that the expectations that children have for themselves can drive their performance on standardized testing and a host of other endeavors.

Acknowledging these correlations does not discount the importance of a vibrant economy or wise public policy, but these realities should inform our debates about policy, both its promises and its limitations.

Efforts to reform and improve our schools are welcome, for instance, but unless they account for the homes and neighborhoods of the children who learn in those schools, reformers will find themselves working in a vacuum in which real people and the real problems they face are never fully understood or fully addressed.

Reform divorced from an understanding of culture is a recipe for spending money, wasting time, and doing very little good.

That is why conservatives must confront culture in all of its complexity, but to do so, we must accept that the word “culture” itself is loaded and that we bear some responsibility for this state of affairs.

The charge of “blaming the victim” is sometimes unfair, but it is sometimes the consequence of the way we talk about culture.

Recognizing the importance of culture is not the same as moral condemnation. We should not glance quickly at the poor and suggest that their problems derive entirely from their own bad decisions before moving on to other matters.

Rather, we should consider the very intuitive fact that the way we grow up shapes us. It molds our attitudes, our habits, and our decisions. It sets boundaries for how we perceive possibilities in our own lives.

Culture, in other words, must serve as the beginning of a conversation, not the end of one, and proper conversation about culture will never be used as a weapon against those whom Christ described as “the least of these.”

It will be a needed antidote to a simplistic political discourse that speaks often about the vulnerable even as it regularly fails to help them.

This volume is an important effort in advancing that conversation. In its pages are metrics and data about culture and opportunity. It attempts to capture the trends in our shared culture and the opportunities informed by that culture: family trends, crime, poverty, dependence, religious participation, and many others.

It is easy to put a number on our gross domestic product and trade deficit and comparably harder to do the same for culture, but it is necessary to try, and the information compiled here sheds needed light on our country’s most difficult and intractable problems.

Addressing those problems will not be easy. The problems of culture and opportunity demand smarter and better policy at all levels of government, participation of civic institutions, and energetic private sector players, but asking the right questions is a necessary first step, and the 2017 Index of Culture and Opportunity helps us to do so.

Editor’s note: This piece originally appeared as Vance’s Introduction to the 2017 Index of Culture and Opportunity.