Argentina Issues 100-Year Junk Bonds, but Has Yet to Fix the Nation’s Real Problems 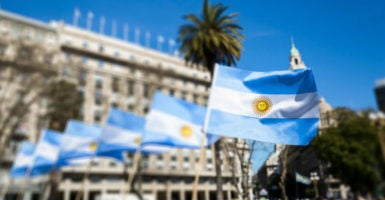 One hundred years ago, Argentina was one of the wealthiest countries in the world. Today, its gross domestic product per capita is about the same as Russia’s.

There is, however, one unenviable category in which Argentina has excelled: It ranks among the top 10 countries that have most frequently defaulted on their sovereign debt.

Unsettling as that may be, Argentina’s government is asking investors to take another leap of faith. It is asking them to trust that, a century from now, the country will have mended its ways and returned to prosperity and prudent governance.

Argentine President Mauricio Macri inherited a mess when he took office in late 2015. He has been trying to put the country’s fiscal and monetary house in order ever since.

His predecessors, Cristina Fernández de Kirchner and Néstor Kirchner, were the latest in a long line of self-serving, Peronist politicians who see the government as a tool for their personal benefit.

They pursued populist, but recklessly unsustainable budgetary and trade policies. Companies in key industries were nationalized. Corruption was widespread.

During the Kirchners’ 12 years in power, Argentina’s rank in the annual Heritage Foundation Index of Economic Freedom plummeted. Its overall score dropped by almost 10 points, moving the country from the already bad “mostly unfree” category to the bottom of the world—“repressed.”

One of Macri’s many early and good moves was to settle with so-called “hold out” creditors from Argentina’s last big default in 2001. That cleared the way for the country to re-enter global capital markets.

Some investors have jumped at the chance to buy Argentina’s debt again. They are demanding a high interest rate premium, though, given the country’s risky credit history. And they should.

There is a long road ahead before Argentina can truly get onto the path to free markets and accountable governance. What is needed, more than money for the government, is a substantial cultural and institutional shift toward fiscal responsibility and deep, market-oriented reforms.