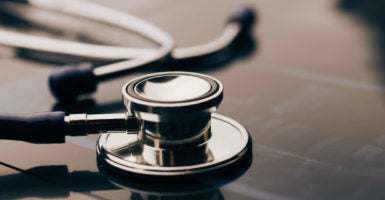 Obamacare's subsidies to lower-income individuals and the mandate to buy health insurance have failed to curb a perverse incentive that still plagues the law. (Photo: iStock Photos)

As Senate Republicans work on legislation to start reversing Obamacare’s damage to insurance markets, one problem they need to address is the perverse incentive created by two Obamacare mandates.

Those mandates required insurers to accept all applicants and prohibited them from denying coverage for pre-existing conditions.

The problem to address is that the combination of these two Obamacare mandates created a perverse incentive for people to delay obtaining health insurance coverage until they need medical care, and to drop coverage once they have been treated.

Such behavior has occurred, particularly in the subsidized exchange market, with the result that Obamacare has destabilized the market for individual health insurance sold both on and off the exchanges.

Obamacare tried to counter those perverse incentives by offering subsidies to lower-income individuals and imposing a mandate on all Americans to buy coverage.

After three years of experience, it is clear that the mandate approach failed.

Neither the subsidies nor the mandate penalty got enough healthy people to buy overpriced Obamacare coverage, and there is little insurers can do to stop people gaming the system.

The resulting imbalance between premium revenues and claim costs has been one of the two biggest drivers responsible for escalating premiums under Obamacare (as insurers hike rates to avoid operating at a loss), along with the law’s benefit mandates.

Without such provisions, the bill is likely to cause significant problems in the insurance market, including rising premiums for all, as Obamacare’s perverse incentives for people to wait to buy coverage until they are sick will remain in place.

The House-passed bill’s approach allows states to authorize insurers to impose a one-year premium surcharge on individual market applicants who lack continuous coverage at the time of enrollment, or charge those without continuous coverage risk-rated premiums for a year.

The Senate bill now includes provisions to impose on those without continuous coverage a six-month waiting period before their coverage takes effect (as has been suggested by some insurers).

The Senate should give additional options and give states the flexibility to experiment with different approaches, allowing each state to determine which one works best for its market.

The most effective approach would be to apply the prohibition on pre-existing condition exclusions to only those individuals who can demonstrate continuous coverage during the prior year. This would be the same as the federal rule for employer-group plans that was in place before Obamacare.

Other, somewhat less effective alternatives, have also been proposed, such as imposing on those without continuous coverage a premium surcharge, a risk-rated premium or higher deductibles for one year.

The goal of all these mechanisms is the same: Return to states authority over insurance market regulation that was pre-empted by Obamacare.

This is appropriate because states have over a century of experience regulating insurance. Obamacare’s pre-emption of their authority with new federal benefit mandates and regulations was not only unnecessary, but short-circuited the ability of states to adopt different approaches or to modify rules to accommodate changing circumstances.

The House-passed version of the American Health Care Act attempts to return much of that authority to the states.

The Senate can improve on the House-passed bill’s approach by giving states more options, particularly for addressing the important issue of creating incentives for continuous coverage.