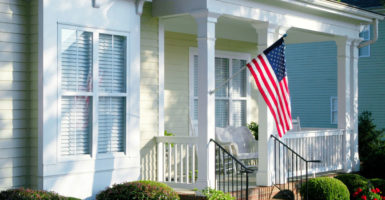 Succeeding as a diverse nation requires coming together to do the hard work of democratic politics. (Photo: iStock Photos) 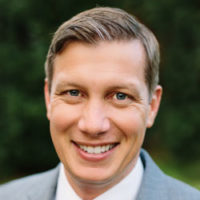 We live in a volatile age.

The last decade of American politics has proved to be dysfunctional, rancorous, and polarizing.

Together, we have experienced the increasing disintegration of both major political parties, the deep ideological and cultural divisions revealed by the 2016 election cycle, the inability of Congress to carry a sustained or constructive debate on matters of grave national importance, the escalation of race-related crimes and unrest, and the blatant disregard for the Constitution shown by certain Supreme Court justices.

In the midst of such division and dysfunction, two especially troubling trends have emerged: Americans seem increasingly drawn toward authoritarian politics, and to public incivility.

Taken together, these two phenomena have caused a number of commentators to suggest that we may be seeing the end of democracy in the United States.

But is that the case?

The State of Our Democracy

We are not living in the twilight of democracy, but we are experiencing a breakdown in democratic politics and public discourse. If we do not recover democratic habits and restore civil discourse, our children and our children’s children will experience the negative repercussions.

The tensions we are feeling are not unique among democratic nations. Democracy and diversity have always existed in tension with one another.

When a democratic nation is relatively monolithic, citizens find it easier to agree on a common vision for the good life, and they are not forced to hammer out workable arrangements with voting blocs whose vision is substantially different.

The more diverse a nation becomes, the more difficult it is to sustain healthy democratic politics and civil public discourse, precisely because citizens are forced to negotiate with other persons whose vision of the good life may be significantly different than theirs.

Sometimes a nation’s constituents “step up to the plate” by doing the hard work of democratic politics and doing so civilly. Other times, a powerful bloc within the nation gives up on democracy and turns to authoritarian politics.

In recent years, as the United States has experienced an increase in ethnic, cultural, and ideological diversity, we have seen a corresponding temptation—on both the left and the right—toward authoritarian politics.

In light of this temptation, it is worth taking a moment to reflect on the nature of authoritarian rule, and on the ways in which the world’s authoritarian regimes deal with ethnic, cultural, and ideological diversity.

Authoritarian rule is a political situation in which one group (majority, plurality, or minority) gives itself permission to impose its vision of the good life on everybody else in society, without them having the means or the right to react or respond freely.

Instead of engaging in democratic politics—which involves a painstaking process of listening, understanding, negotiating, and hammering out workable arrangements—it deals in top-down power plays and shows of force.

While the United States is nowhere near the end of democracy, and on the whole has not succumbed to the authoritarian temptation, there are “echoes” of authoritarian rule in our own presidential politics, both on the left and the right.

By no means, however, is the authoritarian impulse limited to presidential politics.

We see it whenever politicians threaten freedoms of religion, speech, or assembly. We experience it whenever legislators delegitimize the type of political dealmaking and compromise that characterize a healthy democratic republic.

We recognize it when judicial activists circumvent the Constitution and bypass the people in order to install their moral opinions as the law of the land.

And we succumb to it when citizens use their party’s electoral victory to “shove it down the throat” of the losing parties, seeking the interest of their tribe alone rather than the good of the whole nation.

The social twin of authoritarian politics is public incivility. If we are tempted to “shove it down the throat” of the other party politically, it makes sense that we are tempted to do the same thing socially.

Not that the United States has never before experienced incivility in public life.

Consider the fact that Connecticut Rep. Roger Griswold (1762-1812) attacked his colleague Matthew Lyon on the floor of the House, beating him about the head with a cane. Or the fact that Vice President Aaron Burr shot and killed Alexander Hamilton.

Incivility ebbs and flows, and we are once again reaching a high tide.

Responding to These Temptations

We should resist in our day the twin temptations of authoritarianism and public incivility, just as the architects of the Constitution did in theirs.

The Founding Fathers faced a significant amount of diversity in their own day. The United States citizenry was culturally divided, having come from diverse homelands; religiously divided between Catholics and Protestants, and then again between many streams of Protestantism; and politically divided over federalism and many other issues.

They understood the downside of democratic politics in a diverse nation. It is messy and inefficient, involving seemingly endless conversations, debates, and negotiations. It is often personally disappointing because we almost always have to settle for less than what we wanted.

But they also understood the upside. Democratic politics forces citizens to become engaged in an ongoing process—listening, sympathizing, arguing, negotiating, hammering out workable compromises—rather than shoving it down each other’s throats every time the electoral vote switches hands.

We can all contribute to that kind of politics by cultivating three basic habits of democracy.

1. We can respect our fellow citizens even when they are our ideological opponents.

In the realm of politics, this means speaking our mind on the issues, but doing so in a way that shows genuine concern, rather than disdain, for the other person.

2. We can work hard to be knowledgeable citizens.

In a day of fake news and misinformation, we must be cautious and discerning as we decide whether to believe a given “take” or interpretation, especially if that “take” dismisses entire classes of people as unworthy of our respect.

We should read widely, think broadly, and make the effort to talk with people who are different from us.

3. We can support political leaders who respect the Constitution and engage in democratic politics.

Vote for presidents who have the leadership skills to make things happen without excessive use of executive action. Vote for legislators who understand how to listen to the other side, negotiate, make appropriate concessions, and move a bill through Congress.

Like the architects of the Constitution, We the People should resist the authoritarian temptation and cultivate the habits of democracy.

If we do not, we will be complicit in our nation’s self-sabotage. We will pour gasoline on the fires of civil unrest, strengthen the hand of demagogues, and give unwitting assistance to the growing number of Americans who reject our nation’s founding narrative and wish to rewrite or reroute its Constitution.

But if we cultivate the habits of democracy, we will join the ranks of those who wish for our children—and our children’s children—to live in a healthy democratic republic rather than a sham democracy that is a shell of its former self.