Did the Chinese Government Influence Voice of America? 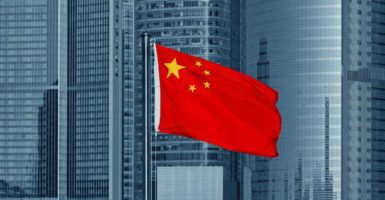 Guo Wengui, a Chinese billionaire whose interview with Voice of America was cut short, had promised to give concrete details about corruption inside the Chinese government. (Photo: iStock Photos)

The U.S. has long used international broadcasting as a tool in public diplomacy.

The reason often given for this independence is a fear of political influence from either the State Department or the White House. It is assumed they cannot be trusted to keep their hands off the news broadcasts.

Ironically, the greater risk may not come from within Washington, but from abroad, where foreign governments can use the threat of denying visas or access to local airwaves to exert pressure.

This appears to have been the case on April 19, when the management of Voice of America abruptly ordered its Mandarin Service to end a lengthy interview with controversial Chinese billionaire businessman Guo Wengui.

This followed agitated objections to the broadcast from the Chinese government.

The resulting loss of credibility for Voice of America’s broadcasts in Chinese is undeniable. Media all over East Asia ran with the story without delay.

Following the interruption of the interview, five producers and journalists from Voice of America’s Mandarin Service were put on paid administrative leave. They still await their fate, pending an internal investigation.

According to sources familiar with the Mandarin Service, Guo initiated the interview promising to give concrete details about corruption in the highest levels of the Chinese government.

Guo had been granted three hours for the interview—one hour of live television, and a second and third hour to continue on Voice of America’s Facebook page.

For any news organization, a three-hour live broadcast would certainly be extraordinary—especially featuring explosive allegations that would normally require verification. Voice of America began heavily promoting the interview leading up to it.

Somewhat predictably, Beijing began to voice displeasure in the days prior to the interview and, in fact, threatened to revoke visas for Voice of America journalists stationed in Beijing.

It appears the management of Voice of America then got cold feet and directed halting the on-air portion of the interview on April 19, after it had aired for a while. But according to management, the staff refused to stop the on-air broadcast after the first hour.

The final word came from Voice of America Director Amanda Bennett, who was on a trip to Africa at the time, and who wrote a lengthy and forceful directive by email to halt the broadcast immediately.

In a May 1 interview with Frank Sesno of the George Washington University School of Media and Public Affairs, Broadcasting Board of Governors CEO John Lansing denied that Chinese pressure affected the management’s decisions.

Given that Voice of America’s reversal on the broadcast came directly after the official Chinese complaints, it is hard to believe the two were not connected.

Voice of America is even more exposed to the public because it is part of the U.S. federal government. (It must be stressed, however, that there has been no indication that interference by the U.S. government itself took place.)

The congressional foreign affairs committees have been alerted to the facts of the Guo case. As members of Congress themselves have repeatedly voted for reform of U.S. international broadcasting, it would be appropriate to hold hearings to examine what went so wrong here.