Broadcasting Board of Governors Gets Much-Needed Reforms. Critics Are Going Berserk. 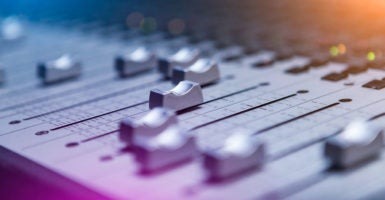 The Broadcasting Board of Governors is a $750 million agency that oversees all the civilian broadcasting services of the United States. (Photo: iStock Photos)

The need to improve and reform the Broadcasting Board of Governors, the $750 million agency that oversees all the civilian broadcasting services of the U.S. government, has long been obvious to Republicans and Democrats alike.

In a statement to the House Foreign Affairs Committee in 2013, former Secretary of State Hillary Clinton called the board “a defunct agency.”

The Broadcasting Board of Governors represents the biggest chunk of this public diplomacy infrastructure. To address this need, the House Foreign Affairs Committee twice voted unanimously for legislation in 2014 and 2015 to reform the board fundamentally to improve its effectiveness.

Legislation finally passed last week to make this happen. It came as an amendment to the National Defense Authorization Act of 2017. This amendment will, among other things, take away the executive powers of the part-time, nine-member board, which has been running Voice of America and the other U.S. broadcasters since 1999, leaving it only with an advisory role.

Furthermore, the legislation affirms the existing mission of Voice of America as part of its charter: to broadcast factual and truthful news, to promote democracy and free speech in countries where they are repressed, and to present the U.S. government’s foreign policy and values to global audiences.

The reaction to this bill by some publications on the left, such as Politico, has been altogether hysterical and blown way out of proportion. Their argument is that by removing the powers of the nine-member board—which was created as a so-called firewall against political influences affecting the broadcasting content—pure U.S. government propaganda will now be flooding the airwaves of the world.

These fears and accusations are totally baseless. Both Lansing and Voice of America Director Amanda Bennett have assured the staff in writing that Voice of America’s newsgathering and broadcasting practices will not change under the new administration. (Both of them were appointed under President Barack Obama, by the way.)

A few important facts about the board, which have escaped notice in the media frenzy:

Every study that has been done of the Broadcasting Board of Governors as an agency, including a highly critical inspector general report in 2014, has pointed out its abysmally ineffectual management structure.

Thankfully, Congress has finally made a move to do something about it.