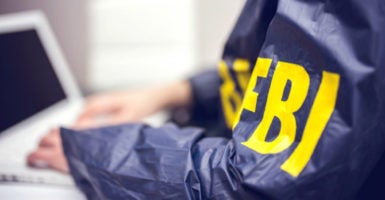 A recent joint report from U.S. law enforcement agencies expressed concern over gaps in intelligence sharing between the agencies, something that post-9/11 reforms were intended to solve. (Photo: iStock Photos)

Since 9/11, national security officials have made it a goal to improve information sharing between federal agencies. Unfortunately, those efforts are still falling short.

Earlier this week, inspectors general of the intelligence community, Department of Homeland Security, and Department of Justice released a joint report detailing the importance of information sharing between law enforcement agencies.

The report touched on concerns that information sharing strategies and procedures are being implemented unevenly across agencies, resulting in intelligence gaps that could potentially allow terrorists to slip through the cracks and carry out attacks against U.S. citizens.

The report also outlines steps that should be taken to decrease these potential security threats.

Facilitating the flow of information between law enforcement agencies has never been a simple task. Both federal and local agencies depend on information gathering in order to keep the citizens of the United States safe.

Since all agencies have different information gathering techniques and sources, their information is varied—though if it is shared properly, suspicious patterns and activities can be detected that can potentially lead to thwarting terror attacks.

One piece of information from another agency has the potential to crack open a case, but only if that information is compatible to the information already obtained.

According to the inspectors general, there are currently no standard procedures in place that will facilitate information flow in a format that is useful to all agencies involved.

After the terror attacks of 9/11, information sharing became such a focus of national attention that an entire department—the Department of Homeland Security—was created to ensure that terrorists do not slip through the cracks.

This is only possible when agencies share information with one another. Yet gaps in communication still remain.

The importance of information sharing can be seen in the case of the Boston Marathon bombing.

The FBI was alerted to a potential security threat posed by the eldest brother, Tamerlan Tsarnaev. After questioning Tsarnaev, the FBI decided he did not pose a terror threat and closed the case on him.

Had the FBI shared its intelligence with local police, it is possible that the information could have led to Tsarnaev’s being questioned and watched in connection to a triple homicide in 2012, which Tsarnaev is alleged to have partaken in.

Although there is no definitive way to tell if this tragedy could have been prevented, the lesson is one that the FBI should heed by sharing information with local law enforcement.

The inspectors general report touches on multiple ways that information can be improved, and many of them align with recommendations that The Heritage Foundation has made in the past.

The use of fusion centers, for example, is something that could be streamlined in order to better protect against terror attacks. Many fusion centers are located in the same city as the Joint Terrorism Task Force and fail to enhance U.S. counter capabilities.

This duplication of intelligence is counterproductive to the fight against terror, as the resources used to fund these centers could be used elsewhere in order to provide varied approaches to preventing terror attacks.

Information sharing between federal and local law enforcement and intelligence agencies is vital to apprehending terrorists before they carry out a terror attack. For these agencies to succeed in keeping the U.S. safe, it is critical that they constantly improve their practices of sharing information with one another.