These Cases Prove the Left Is Wrong to Dismiss Voter Fraud 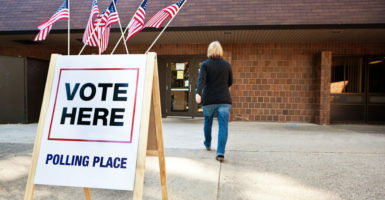 The Heritage Foundation has documented 755 confirmed criminal convictions in 474 voter fraud cases from across the U.S. (Photo: iStock Photos)

Voter fraud is back in the news, and liberals are not happy about it.

This is a welcome development. Free and fair elections are the foundation of our political system. If Americans are to have faith in that system, they need to be able to say with confidence that the results of these contests accurately reflect the will of the people.

But for some, the integrity of the ballot box is less important than victory. These fraudsters and thieves are not above rigging elections and stealing votes to advance their careers and their causes.

And because few states have the policies needed to detect and prevent their fraud, there is little risk of being caught. In these situations, it is all too easy to thwart the will of voters.

Of course, there are many on the left who prefer to bury their head in the sand, insisting that voter fraud is a red herring meant only to justify acts of “voter suppression.” It makes for a powerful narrative, but liberals can hide from the facts for only so long.

We have developed and maintained The Heritage Foundation’s voter fraud database, listing confirmed cases of election fraud that have resulted in criminal convictions. Our records are the incontrovertible proof the left insists does not exist—and the database grows larger as new convictions roll in nearly every week.

Today, Heritage is adding 13 cases to our voter fraud database. As of this writing, we have documented 755 confirmed criminal convictions in 474 voter fraud cases from across the country.

Here are three of the newest cases from 2017.

Rosa Maria Ortega, a noncitizen, was found guilty on two counts of voting in the November 2012 general election and the 2014 Republican primary runoff. Ortega claimed she thought she was a citizen, and blamed her lack of education for the mix-up, but prosecutors pointed out that Ortega had previously indicated on a driver’s license application that she was a noncitizen.

A judge sentenced her to eight years’ imprisonment, after which she faces the possibility of deportation.

Vafalay Massaquoi pleaded guilty to one count of falsifying voter registration applications and two counts of forging a public record. While working for New Virginia Majority, a liberal advocacy group, Massaquoi filed voter applications for completely made-up Alexandria residents. An Alexandria official noticed the voter applications were all filled out in the same handwriting and turned the documents over to the authorities.

Massaquoi was sentenced to five years’ imprisonment for each count, to run concurrently, but his sentence will be suspended pending his good behavior. He was also ordered to perform 500 hours of community service.

While working for Black Diamond Outreach, a Denver-based community outreach organization, Maureen Marie Moss forged 34 signatures on petitions she was circulating to get U.S. Senate candidate Jon Keyser on the ballot for the June 2016 primary.

Moss ultimately pleaded guilty to two counts, and was sentenced to four years’ probation on each count. She was also ordered to complete 250 hours of community service.

When it comes to election integrity, opponents of voter ID and other protective laws do not understand that absence of evidence is not the same thing as evidence of absence.

Voter fraud often goes undetected for a multitude of reasons. Many states lack the policies and procedures needed to detect fraud, either as it occurs or after the election. Prosecutors, forced to work with limited resources, often do not prioritize these cases, particularly after an election has occurred.

The Heritage Foundation’s report, “Does Your Vote Count?,” outlines reforms that states should adopt—including requiring photo identification, proof of citizenship, and entering into interstate cross-check programs—that will preserve the sanctity of the ballot box and protect the right of all citizens to cast a ballot.

These policies will finally make it possible to reliably detect, deter, and penalize election crimes.

Every instance of voter fraud is a threat to a system that guarantees every American the right to vote, and to have that vote counted. It is time to get serious about the integrity of our elections.