AARP Mischaracterizes a Good Reform Proposal as an ‘Age Tax’ 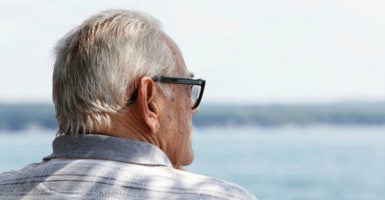 The AARP, the nation’s largest association of retired persons, is criticizing a proposal to more closely align premiums with actual health care costs, calling it an “age tax” that will supposedly “line the pockets of big insurance companies.”

In reality, the proposed change would simply undo a misguided provision of Obamacare that forced insurers to artificially lower premiums for older adults and increase them for younger adults.

The more accurate characterization is that the Obamacare rating provision “taxes” younger adults by making their premiums more expensive than they need to be, and “subsidizes” older adults by making their premiums cheaper than they should be. Thus, undoing that provision would simply remove a tax on young people and end an artificial (hidden) subsidy to older individuals.

One can understand why it may be in the self-interest of AARP’s members to want to keep that subsidy, but removing an artificial subsidy does not constitute the creation of a new “tax.”

It is a basic fact that older adults consume more in health care services than younger adults. Indeed, health care consumption among adults varies along an age curve by about a 5-to-1 ratio.

In other words, average health care costs for 64-year-olds are about five times the average costs for 21-year-olds.

What Obamacare did was to impose a federal rule on all insurers in the individual and small group markets that says a 64-year-old cannot be charged more than three times the premium charged to a 21-year-old for the same plan.

Of course, the effect is to force insurers to increase premiums for young adults and slightly decreases them for older adults. A review of actuarial studies finds that this Obamacare provision increases premiums for younger adults by about 33 percent.

Beyond a question of fairness, this Obamacare provision also creates harmful distortions in insurance markets. It forces insurers to overcharge the customers who are already less likely to buy the product (younger, healthier individuals) and simultaneously offer discounts to the customers who are already willing to buy at the normal price (older, less healthy individuals).

Compounding that effect is the fact that younger adults also tend to earn less than older adults. The combination of better health status and lower incomes make young adults the most price-sensitive health care consumers.

As Heritage Foundation experts have explained before, “ … imposing rating rules that artificially increase health insurance premiums for young adults is not only unfair, but also counterproductive since it increases the cost of coverage for those who are most likely to be uninsured already.”

To remedy this problem, Rep. Larry Bucshon, R-Ind., recently introduced a bill that would allow insurers to vary premiums based on age by a factor of five rather than three, or to a factor determined by state law.

This is a commonsense change that matches premium variation to cost variation, or allows a state to do what it thinks is best for its market.

The effect would be significant reductions in premiums for younger adults, which should help entice more of them to purchase health insurance.

More young and healthy people purchasing health insurance would, in turn, dampen the recent premium escalation in the individual market caused by this and other misguided Obamacare insurance regulations.

Indeed, according to the study AARP commissioned on the issue: “Younger adults ages 20-29 would see an average $696 per year reduction in their premiums, from about $4,704 to $4,008. This represents a 15 percent reduction.”

Rather than fight against Bucshon’s sensible policy proposal, the AARP should consider supporting the many replacement proposals that would change the rating band to 5-to-1 and offer tax relief for the purchase of insurance that increases with age.

Of course, those reform proposals increase health care tax relief with age because they recognize the fact that health care costs increase with age.