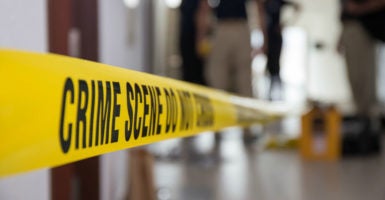 Yesterday, the Ohio Legislature voted overwhelmingly to approve H.B. 347, a sweeping reform bill that will dramatically scale back the practice of seizing and forfeiting property absent a criminal conviction.

Civil forfeiture is the legal tool that enables law enforcement officers to seize property they suspect of having been involved in the commission of, or having been attained through, a crime.

But despite an alleged criminal act being the basis for a civil forfeiture, Ohio law does not require a property owner to be convicted of a crime before the state can confiscate his cash, car, or home.

Current Law in the Buckeye State

Rather, prosecutors need only prove by a preponderance of the evidence (i.e. that it is more likely true than not) that the property is forfeitable. A property owner must prove that he is innocent of any wrongdoing to win back his property. It’s a complete reversal of the presumption of innocence standard Americans are accustomed to in the criminal law.

Worse still, Ohio law allows between 90 and 100 percent of forfeiture revenues to flow directly back to the law enforcement agencies that executed the seizures, filling their coffers with money that can be spent with little political accountability. Between 2010 and 2012, Ohio’s police, sheriffs, and prosecutors generated at least $25.7 million through property seizures under state law.

Perhaps it is no surprise that police, sheriffs, and prosecutors’ groups have fought hard to prevent the measure from passing in the Senate.

The executive director of the Ohio Prosecuting Attorneys Association insisted that the Buckeye State’s forfeiture laws are “top-notch” and “chock-full of due process protections.”

Evidently, the vast majority of the state’s citizens find a system that incentivizes property seizures—often based on little or no evidence of wrongdoing—and stacks the deck against innocent property owners to be anything but “chock-full of due process protections.”

One Ohio woman, Antoinette Lattimore, found this out the hard way. In 2013, she had $19,660 seized at the Dayton International Airport after a Dayton police officer searched her belongings and found she was traveling with the large sum of cash.

The officer found no drugs, but seized the full amount as illegal drug money. In reality, she was traveling to Tucson to purchase art pieces.

Lattimore hired an attorney, but eventually was worn down by the tortuous forfeiture system and accepted a “settlement”: The government kept nearly $9,000 of Lattimore’s money, despite never proving a link between the money and a crime. After attorney’s fees, Lattimore got to keep only $8,000.

H.B. 347 contains many reforms that will help to rebalance a skewed system and prevent abusive and baseless forfeitures like Lattimore’s.

If enacted, forfeitures of property valued at less than $25,000 will require a criminal conviction, and prosecutors will have to demonstrate by clear and convincing evidence—a higher standard than the status quo—that the property’s owner “knew or had reasonable cause to believe” that the property facilitated or resulted from a criminal act.

They will also have to demonstrate that forfeiture of the facilitating property is proportionate to the underlying criminal offense.

Seized property valued at more than $25,000 can still be forfeited without a criminal conviction. Several states have adopted similar measures to preserve civil forfeiture as a tool to go after worst-of-the-worst offenders like drug kingpins, criminal organizations, and money launderers. That was the original, narrow, and noble goal of civil forfeiture when it was ramped up in the 1980s, but over time it has drifted from this limited purpose.

The bill also allows civil forfeitures without convictions in certain reasonable scenarios: if the accused dies, flees the jurisdiction or cannot be located, or if property is unclaimed.

The bill affords property owners the right to request a prompt post-seizure hearing, giving them the chance to quickly secure the return of wrongfully seized cash or property. It also mandates a pre-seizure hearing if state or local officials are targeting real property, an added layer of protection for instances where law enforcement targets someone’s home.

The bill also reins in Ohio’s use of the “equitable sharing” loophole, whereby state and local agencies partner with federal authorities to forfeit property using federal civil forfeiture laws. State agencies are then in line to receive up to 80 percent of the resulting proceeds.

Between 2000 and 2013, Ohio agencies netted $139 million in Department of Justice equitable sharing payments. None of this vast sum was subject to political oversight by state and local lawmakers.

H.B 347 prohibits the direct or indirect transfer or referral of any property worth less than $100,000 to federal law enforcement authorities, unless the transfer is for “federal criminal forfeiture proceedings.”

While the bill preserves a monetary incentive for law enforcement under state law (90 percent of forfeiture proceeds will be returned to law enforcement agencies, with the remainder going to support community addiction service providers), it does place curbs on how these funds can be spent, including prioritizing victim restitution and removing a provision that allowed funds to be spent on “other law enforcement purposes.”

That nebulous catch-all category has allowed agencies in other states to use seized funds to cover everything from margarita machines to NBA tickets to “conferences” in Hawaii.

H.B. 347 does, however, include a worrisome provision that would allow the use of forfeiture funds to “pay the costs, including overtime costs, associated with all law enforcement task forces.”

Despite its shortcomings, innocent Ohioans will enjoy far greater protections against unjust property seizures with H.B. 347’s reforms than under current law. A bipartisan coalition of legislators, think tanks, and citizens deserves applause for getting civil forfeiture reform to the finish line.

In doing so, Ohio has proven once again that the objections of an entrenched law enforcement lobby can be overcome, that forfeiture reform can be achieved, and that public safety need not be compromised to protect the property rights of innocent Americans.

Ohio has just set the stage for forfeiture reform battles—and victories—throughout the country in 2017.