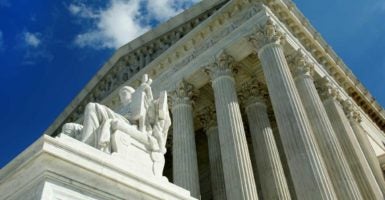 The Supreme Court has been closely divided on many contentious issues in recent years. (Photo: Yuri Gripas /Reuters/Newscom)

Sunday night’s second presidential debate underscored the importance of the next Supreme Court justice, as the candidates and questioners alike recognized that the fate of the federal courts rests in the next president’s hands.

The high court has been closely divided on many contentious issues in recent years, and the next justice could change the development and application of the law for decades. As former Attorney General Ed Meese has stated, “No president exercises any power more far-reaching, more likely to influence his legacy, than the selection of federal judges.”

Although the Framers of the Constitution envisioned the judiciary as the “least dangerous branch,” the judges who populate its ranks wield tremendous power to decide cases that affect the daily lives of millions of Americans.

While each branch of government has an independent duty to uphold the Constitution, the Supreme Court has grabbed power by declaring that its decisions are the supreme law of the land, and the other branches have largely acceded to these claims. This is why every vote matters in cases before the Supreme Court.

Often, significant cases are decided by just one vote. While the justices agree in many cases, the next president must consider that one person could make a big difference in nearly a quarter of cases that the court decides by a 5-4 margin each term.

Consider some of the important cases that struck a blow to the Constitution over the past 10 years where one justice was the deciding vote:

Now consider some of the significant wins for the Constitution where one justice cast the deciding vote:

On the occasion of nominating Chief Justice William Rehnquist and Justice Antonin Scalia, President Ronald Reagan reminded us that Supreme Court justices “must not only be jurists of the highest competence; they must also be attentive to the rights specifically guaranteed in our Constitution and to the proper role of the courts in our democratic system.” The Supreme Court is only one vote away from upholding or rejecting these principles.

To learn more about the proper role of judges in our government, the road to confirmation for those nominated to be judges, and close cases in which a single Supreme Court justice made the difference in cases of incredible significance, check out The Heritage Foundation’s new booklet “Supreme Consequences: How a President’s Bad Judicial Appointments Threaten Your Liberty.“