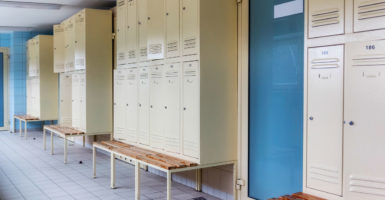 When the left cries “hypocrite,” it’s only to deflect attention away from the fact that it has nothing meaningful to say. (Photo: iStock Photos) 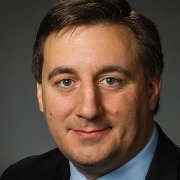 But that is not true of liberal activists. To them, the right to privacy is all about abortion because seemingly everything is about abortion on demand: a non-negotiable doctrine of the secular-political faith.

So it comes as no surprise that ThinkProgress’ Ian Millhiser sees Alliance Defending Freedom’s simultaneous defense of young boys’ and girls’ right to privacy in school showers and locker rooms and strong and unwavering opposition to abortion as hypocritical.

But he misses the mark completely.

The right to privacy that protects young boys and girls from being forced to shower and change in front of members of the opposite sex is not based on the left’s tortured view of “privacy” that was created out of whole cloth by the Supreme Court in Roe v. Wade. Even Justice Ruth Bader Ginsburg acknowledged that the “right” invented in Roe to kill children in the womb was “heavy handed judicial activism.” Roe is a legal disgrace that ADF has and will tirelessly fight to overturn.

The privacy claim ADF asserts—the right to privacy in one’s unclothed or partially unclothed body—is deeply rooted in our nation’s history and traditions. Courts have said that this is the right test for protection under the 14th Amendment’s Due Process Clause. Roe obviously fails that test because, at the time of the court’s decision, there was not even a whiff of historical evidence that killing unborn children was an accepted, deeply rooted practice in the United States. Any look at history shows the opposite was true.

In stark contrast, the privacy right ADF defends easily meets the “deeply rooted” test under the Supreme Court’s current jurisprudence. It is indisputable that citizens have a right to privacy that protects them not just in their homes, but also from government-compelled exposure of their unclothed bodies to persons of the opposite sex.

As ADF explains in its Illinois lawsuit challenging the federal government’s gender identity mandates (read paragraphs 359-387), this right is a basic and essential aspect of personal liberty that has historically been protected in American law and society.

As Ginsburg has said, Roe was an act of political will—outcome-based jurisprudence, pure and simple. And its notion of “privacy” involves one person exterminating another person for convenience. How does that have anything to do with “privacy,” again?

But ADF’s locker room privacy argument truly protects the person—barring the exposure of one’s unclothed body against one’s will—a right grounded in basic aspects of human liberty and dignity that any government ought to protect.

So the answer to Millhiser’s “hypocrite” charge? Easy: Vindicating the long-established, much-cherished, historically-based privacy right of boys and girls, who would be scared, scarred, humiliated, and degraded by government policies that force them to change clothes in the presence of the opposite sex on a daily basis at school, lends not one whit of support to the “right” to abortion concocted in Roe. Simply put, the privacy claims in abortion and locker room cases are apples and oranges.

In reality, it is the left that is struggling with consistency problems here. Its (mistaken) position that locker room privacy arguments are based on the same privacy right invented in Roe raises an obvious question: How can Roe protect the horrific practice of killing unborn children but not protect something as basic, elementary, and historically as grounded as shielding one’s unclothed body from the view of opposite-sex strangers?

And what of the left’s newest invented “right,” the right to be free from governmental policies that harm one’s “dignity” (see Obergefell v. Hodges). How can government policies that force young girls and boys to expose their partially or fully unclothed bodies to opposite sex peers not violate this newly discovered right?

If I’ve learned one thing over the years, it’s that when the left cries “hypocrite,” it’s only to deflect attention away from the fact that it has nothing meaningful to say. And in this instance it serves one further purpose: to avoid answering for its own hypocrisy.