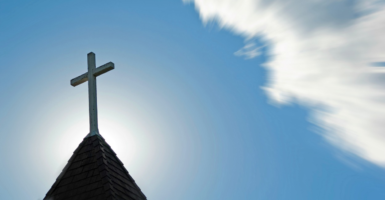 Treating Christian lawyers or lawyers aligned with Christians as if they were subversives has become routine. (Photo: iStock Photos) 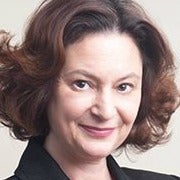 Mary Eberstadt is a frequent contributor to TIME, The Wall Street Journal, National Review, the Weekly Standard. She has served as an editor at Policy Review, The Public Interest, and The National Interest. She is the author of the new book,"It’s Dangerous to Believe: Religious Freedom and Its Enemies."

In August 2012, a gunman entered the office building in downtown Washington, D.C., that houses the Family Research Council (FRC), a Christian organization dedicated to traditional moral teaching. By his own account, available on video, he was alerted by secular progressive “watchdog” groups, including the Southern Poverty Law Center, that painted the FRC as a “hate group.”

The shooter explained that this made him intend to kill as many of its members as he could, as he later told the FBI. In the event, he fired at and hit a security guard, who disarmed him before his dream of mass murder could be fulfilled.

As was noted at the trial, where the gunman was given a twenty-five-year sentence, without that guard’s quick action, in all likelihood the result would have been a bloodbath.

Moreover, the would-be killer intended to move on to attack another Christian group, the Traditional Values Coalition, that had been similarly designated by progressive watchdogs for “hating.”

Yet social media and other denigrations of religious believers as “haters” and “bigots” and the rest by so-called watchdog groups roll on—exactly as if words mean nothing. The 2012 shooting at the FRC and its aftermath reveal, first, that Christians may have a point in thinking that they are held in lower regard by many progressive Americans than are others. Imagine the near miss in this case had the shooting happened in one of the repositories of secularist progressivism in downtown Washington, D.C.

Publicity would have unfurled nonstop; the websites listing individuals and groups as “haters” would have been called out across the country; and no doubt a national moment of “soul-searching” would have been demanded, as often follows public tragedies in this country—and rightly so, because many citizens would have been shocked by the idea that just having convictions that differ from other people’s can be a dangerous thing.

In fact, readers do not have to imagine such a comparison. One is already at hand. In November 2015, a gunman in Colorado killed a police officer and injured several other people at a Planned Parenthood clinic.

Secularists and progressives across the media immediately connected dots between that gunman’s motivation on the one hand, and undercover sting videos of the abortion industry released by the Center for Medical Progress throughout the preceding months.

Writing in The Guardian after those shootings, for example, and calling attention to extremist rhetoric by some pro-lifers, one writer stated, “Words matter. When we dehumanize people—when we call them demons, monsters, and murderers—we make it easier for others to do them harm. Let’s not pretend that we don’t know that.”

Another observed similarly in The Washington Post that, “Leaders incite and inflame with fiery speeches and threatening words. … They use violent language. And they unleash the worst impulses of the unstable and the unmoored.”

Another in Slate also criticized pro-lifers for inflammatory rhetoric, adding that “it defies common sense to insist that there is no connection between political rhetoric and political violence—to insist, essentially, that there is no such thing as incitement.”

But if words do count, and if the power of the internet, especially, means that everyone needs to be more careful about what they say, it’s fair to ask for consistency.

The enforcement wing of today’s anti-religious alliance bristles with opposition researchers, self-appointed watchdog groups, and other activists who work to stigmatize religious believers in the public square. Examples abound.

One such watchdog group, for example—“Right Wing Watch,” a “project” of People for the American Way—is “dedicated to monitoring and exposing the activities of the right-wing movement.”

Its website posts a long list of congressmen, journalists, authors, and other individuals named and sometimes pictured as well. These miscreants are charged with “hatred,” “bigotry,” “viciousness,” “lies,” and other inflammatory accusations.

The Southern Poverty Law Center (SPLC), another band of enforcers—“dedicated to fighting hate and bigotry”—similarly posts “Extremist Files” of individuals and groups.

These “files” indiscriminately list, for example, independent-minded social scientist Charles Murray and Christians like those at the Family Research Council alongside neo-Nazis, Ku Klux Klan leaders, Holocaust deniers, and other people motivated by racial and other animosity.

Using blood-red graphics and repeated blaring of the categories HATE & EXTREMISM and THE YEAR IN HATE, as well as features like a HATE MAP and HATE BLOG and other repetitions of the word HATE, the SPLC website seethes with animosity of its own.

If liberal attorneys who defended, say, inmates at Guantanamo Bay were being reviled as bigots and extremists, “clever” and “cynical,” that would be wrong. If organizations that typically represent the handicapped, or unions, or pro-abortion groups were being targeted and called inflammatory names, that too would be wrong.

Consistency demands that when the legal groups representing clients in religious liberty cases are attacked in these ways, this is wrong as well.

To repeat: Attempts to discredit lawyers siding with plaintiffs whose views other people disagree with have no parallel anywhere else on the political spectrum. Child molesters, mafiosi and serial killers are allowed representation not only without retribution, but on the shared understanding that it’s constitutionally destructive to undermine the rule of law by trying to discredit or intimidate legal representatives. In 2000, for example, when the ACLU defended the North American Man-Boy Love Association (NAMBLA), which advocates sex between adults and children, Harvey Silverglate, an ACLU Board member, explained that decision by noting, “The Constitution is for everybody. But there are some people who just don’t understand that and never will.”

In the United States and other open societies, citizens are supposed to welcome full-throated debate in legal and political matters, and to let the most persuasive side win. What does not comport with traditional ideas of fair play is an attempt to win the debate by stigmatizing one side as “haters,” questioning the legitimacy of their legal representation, threatening their jobs, and otherwise trying to force them into silence.

The trouble isn’t only that cyber-mobs are in control. Treating opinions other than one’s own not as differences to be tolerated, but rather as treason to be punished: this is not a legacy of the civil rights movement. At best, it is a descent into rule of the strong, enshrinement of the notion that might makes right.

If Christians were trying to make it harder for legal representatives of abortion rights groups to help their clients, that would be national news. If they were pouring into people’s neighborhoods and harassing academics who testify in court, every civil rights organization in America would be denouncing them.

Revisionism did eventually come to Salem … If history is any guide, revisionism will one day come for today’s latter-day inquisitors too—leaving future generations to hear of “watchdog groups” and “hate speech” with the same queasiness that many adults today hear the toxic phrase “enemies list.” But we are not there yet.

This piece has been adapted from Mary Eberstadt’s new book,“It’s Dangerous to Believe: Religious Freedom and Its Enemies.”