These 7 Short Videos Clear Up Myths About Air Pollution 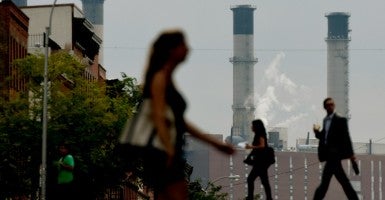 The Texas Public Policy Foundation came out with a series of short videos addressing myths about air pollution and the effects of the Environmental Protection Agency’s Clean Power Plan.

The plan was first proposed by the EPA in 2014 and the final version was unveiled by President Barack Obama in August 2015. In February, the Supreme Court issued a stay on the plan until the D.C. Circuit Court of Appeals makes a decision on a 27-state lawsuit.

“Our series of short videos about the EPA’s Clean Power Plan, air pollution, and climate change educate younger Americans about the tremendous progress we’ve made in cleaning our air of toxic emissions while pointing out that carbon dioxide—a gas we all exhale—is non-toxic plant fertilizer,” Chuck DeVore, vice president of national initiatives for the Texas Public Policy Foundation, said.

Here’s a look at the seven videos.