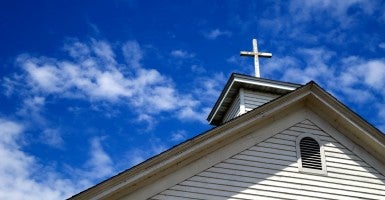 Alexis de Tocqueville, in his masterful work, “Democracy in America,” taught that religion is necessary for a healthy political order. As I argue at greater length in a new First Principles essay, American democracy, according to Tocqueville, owes both its origins and its preservation to Christianity. He thought religion “should be considered the first” of America’s “political institutions.”

Christianity also played a key role in fostering the growth of democratic self-government in America. The tone of American political life was set by the Puritan settlers of New England. These pilgrims came to America in order to live out their religious beliefs in communities of their own creation. They governed their churches democratically, and by so doing they developed the expectation that they would settle political questions democratically, forming as well the habits of participation by which they could do so.

Nevertheless, Tocqueville did not treat American Christianity as if it were a mere relic of the past, necessary to institute American democracy but to be discarded after it had performed this useful political task.

On the contrary, he held that the spirit of Christianity helped American democracy to continue to flourish even after it had been established. For Tocqueville, political freedom requires an unshakeable moral foundation that only religion can supply.

We tend to think of democracy as necessarily entailing freedom. But Tocqueville understood that democracy can end up resulting in various forms of oppression. Democracy means that the majority rules, which, when the majority is animated by a spirit of injustice, can result in majority tyranny. Democracy can also succumb to despotism of the government over its own people. This occurs when the people are so committed to the pursuit of their own private interests that they neglect the active participation in politics that is necessary to the preservation of their liberty.

Christianity, Tocqueville argued, supports American democracy by counteracting these dangerous tendencies. It checks majority tyranny by reminding members of the majority that there are inviolable rules of justice that must be respected in the treatment of minorities. And it prevents the rise of a despotic government by emphasizing the duties of citizens to each other, including their duty to protect their freedom through political participation.

It is true that Christianity does not dominate American culture the way it did in the 1830s, when Tocqueville wrote “Democracy in America.” We live today in a very different America. It does not follow, however, that Tocqueville’s advice to Americans to cherish and guard Christianity is now irrelevant.

For Tocqueville, statesmen today should faithfully preserve what’s left of a moral culture and teach others about the benefits of religion in general. A religion that supports limits on the just power of a majority and teaches obligations to others is necessary to support democratic flourishing. “What makes a people master of itself if it has not submitted to God?” Tocqueville asked.

The byline for this piece has been updated to reflect Carson Holloway is the author.