Task Force Shows How US Can Cut Prison Population by 60,000, Save $5 Billion 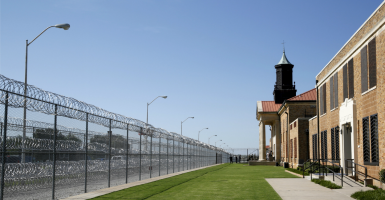 A bipartisan task force created by Congress to develop ways to reduce the costly, overburdened federal prison population is recommending that lawmakers abandon a “one size fits all” approach to sentencing and to invest in programs that help ex-offenders adjust back into society.

In a new report, the Charles Colson Task Force on Federal Corrections, which includes former lawmakers, corrections officials, and academics, says revamping the federal prison system could reduce the number of U.S. inmates by 60,000 over the next decade and save the government more than $5 billion.

The task force mostly blames the sevenfold increase in the federal prison population (currently estimated at 196,000 inmates) on mandatory minimum sentences for drug crimes. Other causes include elimination of parole at the federal level, limits on the use of good conduct time and other credits to shorten sentences, and more enforcement of immigration crimes.

Mostly because of mandatory minimum sentences, the task force notes, very few federal offenders are sentenced to alternatives to prison such as probation or treatment providers like mental health and drug courts. In fact, 90 percent of federal offenses involve incarceration time, the task force found during its year-long research project.

Mandatory minimum sentencing laws, most of which were enacted during the tough-on-crime period of the 1980s, require binding prison terms of a particular length and prevent judges from using their discretion to apply punishment.

In Congress, both the House and Senate Judiciary Committees have passed legislation that would reduce mandatory minimum prison sentences for certain nonviolent drug offenses and allow well-behaved inmates to earn time off their prison terms.

President Barack Obama and conservative and liberal leaders of Congress are hoping to reach a broad criminal justice reform deal sometime this year, but the various sides are still grappling with differences in their proposals.

The task force calls on Congress to seize the momentum surrounding the issue and to implement reforms similar to what Deep South states have done over the last few years.

“We must capitalize on this rare moment in time,” the report reads. “Political leaders on both sides of the aisle agree that our current correctional approach has yielded poor dividends while squandering human potential. Let us harness this momentum for change and enact wise, cost-effective reforms that promote a safer society and make our criminal justice system work better.”

States such as Texas, Georgia, and South Carolina, dealing with their own overcrowded prison systems, have implemented reforms to sentencing and post-prison supervision that have helped the states reduce their inmate populations and limit re-offense rates.

>>>How Overcrowding Has Forced Alabama to Confront Its Prison Problem

The federal prison system, the task force reports, operates at 20 percent above capacity, contributing to the fact that federal prison spending has grown at more than twice the rate of the rest of the Department of Justice budget and now accounts for one-quarter of the agency’s total spending.

Here are some reforms proposed by the task force:

Criminal justice officials should promote an increase in the use of specialty courts, probation, and other alternatives to prison, especially for drug offenders. The report noted that almost 80 percent of inmates convicted of drug crimes had no prior criminal history.

Prison conditions should be safe and humane, with sufficient staffing and programs that are offered based on the specific needs of a prisoner.

Use incentives like earned time off to promote participation in cognitive behavioral therapy, education, and faith-based programs. Based on inmates’ performance and behavior, they should have a chance at getting their sentences reduced.

Agencies should share data and coordinate to help probation officers understand the likelihood that an inmate will re-offend once he leaves prison. Probation officers should tailor an inmate’s treatment plan based on his level of risk, which should be based on factors such as job prospects, family support, and living circumstances. Currently, about 40 percent of those who leave federal prison are re-arrested or have their supervision revoked within three years.

The task force recommends the creation of an inter-agency oversight body that would include U.S. attorneys, Bureau of Prison officials, probation officers, the Justice Department’s deputy attorney general, and others. The group would meet quarterly to review the agencies’ performance, and it would submit an annual report to Congress.

Congress should make sure that probation has enough staffing to take on the increased caseload that would occur from reducing the number of inmates who are sentenced to prison.

“These expenditures will be recovered in savings realized through a reduced prison population,” the report says.