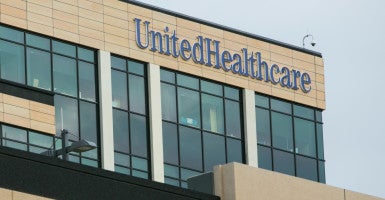 More than 500,000 consumers who purchased plans from UnitedHealthcare on Obamacare’s exchanges may be forced to change insurers and select new coverage in 2017, despite the insurance giant’s decision to expand into 34 states this year.

Last week, UnitedHealthcare, the largest insurer in the U.S., told shareholders it was considering pulling out of the state- and federally run exchanges in 2017, with a decision likely to come in early 2016, the company said.

UnitedHealthcare announced it will evaluate whether the plans it offers on the exchanges can remain viable, according to a press release from its parent company, UnitedHealth Group. However, the possibility of the insurance giant leaving Obamacare’s health insurance exchanges could have a significant impact on consumers purchasing insurance in the 34 states where UnitedHealth sells plans.

“In recent weeks, growth expectations for individual exchange participation have tempered industry wide, co-operatives have failed, and market data has signaled higher risks and more difficulties while our own claims experience has deteriorated, so we are taking this proactive step,” Stephen Hemsley, chief executive officer of UnitedHealth Group, said in a statement Friday.

According to enrollment data, more than 500,000 Americans using the exchanges purchased plans from UnitedHealthcare. Those consumers will have to purchase new plans in 2017 should the insurance company leave the exchanges, Ed Haislmaier, a health policy expert at The Heritage Foundation, told The Daily Signal.

“What we’re seeing is that insurers are re-evaluating whether this is a good market to go into,” he said. “Some are expanding; others are having problems, and they pulled back. Over time, what you’ll probably see is fewer insurers offering coverage in the exchanges. We’re already seeing that, even though United expanded in 2015 and 2016, insurers offering coverage is down. It’s going to take a few years to play out.”

Compared to its competitors, UnitedHealthcare was slow to offer products on the exchange when Obamacare first went into effect in October 2013 and sold plans in just four states—Colorado, Maryland, Nevada, and New York—in 2014, according to the state-run exchanges and federal exchange, HealthCare.gov. Competitors Aetna and Humana, by comparison, are offering coverage on the exchanges in 15 states.

Haislmaier said that insurers like UnitedHealthcare may not have prepared for how much plans sold on the exchanges would cost them.

“What you’re seeing is the market itself, and this is attributable to Obamacare, is turning out to be a market that’s predominately low-income individuals between 100 to 200 percent of the poverty line,” Haislmaier said. “They’re buying coverage, getting a substantial subsidy, but gravitating toward the low cost-sharing plans where they get extra subsidies. The enrollees have more of an incentive to use more health care, and that makes those plans more expensive [for the insurer].”

For insurers to profit from the coverage offered on the exchanges, Haislmaier said, they must narrow networks or raise prices, both of which impact consumers.

“The ones who have not narrowed the networks or have been behind the curve on pricing are having losses and reevaluating participation,” he said.

UnitedHealthcare is selling one of the cheapest silver plans available to consumers using the state-run and federal exchanges.

In addition to serving more than 500,000 consumers who purchased plans on the exchange, UnitedHealthcare is selling one of the cheapest plans available to consumers in the marketplace.

Larry Levitt, senior vice president of the Kaiser Family Foundation, told USA Today that of the two cheapest silver plans available on the federal exchange, UnitedHealthcare is selling one. That plan, he said, is available to more than 40 percent of the counties in the 38 states using HealthCare.gov.

In a statement to The Daily Signal, Aaron Albright, spokesman for the Centers for Medicare and Medicaid Services, said insurance companies like Aetna, Anthem, Kaiser Permanente, and Molina have indicated that they are committed to participating in the marketplace.

“This is further indication that statements from one issuer are not reflective of the marketplace’s overall strength going forward,” he said. “The future of the marketplace is strong. It continues to grow, giving more Americans access to quality, affordable health care, and consumers are benefiting from increased choice and competition.”

The news from UnitedHealthcare regarding its future on Obamacare’s exchanges delivers another blow for consumers, some of whom face dwindling options for coverage. Over the last 10 months, 12 consumer-operated and oriented plans, or co-ops, announced they are no longer selling insurance in 2016 and are closing their doors.

Many cited an inability to perform because of market conditions, in addition to lower payments from Obamacare’s risk corridor program, as reasons for the co-ops’ collapse..

Because the dozen co-ops failed, more than 1 million consumers had to purchase coverage from a different insurer during this opening enrollment period.