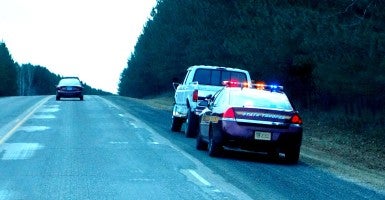 Civil asset forfeiture is a growing problem throughout the nation, driven by a profit incentive that encourages property seizures by law enforcement authorities even under dubious circumstances.

That is the inescapable conclusion of the second iteration of Policing for Profit: The Abuse of Civil Asset Forfeiture, the Institute for Justice’s comprehensive report on civil forfeiture. Despite several recent high-profile victories for forfeiture reformers in jurisdictions like New Mexico and Washington, D.C., in most states and at the federal level, civil forfeiture remains as unchecked and abuse-prone as ever.

According to nearly every measure, forfeiture’s use—and the unaccountable millions in proceeds it generates—is expanding.

Civil asset forfeiture is the legal tool that allows law enforcement agencies at the federal, state, and local level to seize property believed to be involved in, or derived from, criminal activity. Civil forfeiture targets property, not people, so no criminal charges need be filed or any convictions won for property to be taken from its owner.

Rather, in 31 states and at the federal level, prosecutors need only prove by a preponderance of the evidence—that it is more likely than not—that the seized cash, car, or home is tied to crime in order to forfeit it.

Property owners, meanwhile, must prove their own innocence if they want to win it back. If they cannot, their property is forfeited to the government and the agency that seized it in the first place reaps the reward, literally.

According to the Institute for Justice, in all but seven states, law enforcement agencies are able to keep at least 45 percent of the proceeds of successful forfeitures to augment their budgets. In 25 states, they keep it all.

Civil forfeiture gives law enforcement agencies the ability to self-finance, raising and then spending substantial sums of money with little or no political oversight or accountability. It comes as little surprise, then, that forfeiture has morphed into the gargantuan enterprise that it is today; in 2014, the Assets Forfeiture Fund, the Justice Department-administered account into which federal forfeiture proceeds are deposited brought in $4.5 billion—4,667 percent more than it did when the fund was established a mere three decades ago.

the Assets Forfeiture Fund, the Justice Department-administered account into which federal forfeiture proceeds are deposited, brought in $4.5 billion.

With so much money on the line, this profit incentive can sometimes have dramatic effects on law enforcement priorities, with agencies concentrating their efforts on seizing cash and property rather than on other aspects of law enforcement.

That’s what happened in Tennessee, where drug task force officers were conducting ten times as many traffic stops on westbound I-40 than the eastbound lanes. Why? Because drugs go east, but drug money heads back west, and cash forfeitures are simply far more lucrative than drug seizures.

When forfeiture was first ramped up in 1984, it was a means to an end: relieving drug kingpins and criminal organizations of their ill-gotten gains. Over time, and, as the Institute for Justice points out, particularly in the post-Great Recession era of tight budgets, forfeiture has morphed into an end all its own, with thousands of police and sheriffs’ departments turning to its revenue-generating potential to plug fiscal gaps and grow agency budgets.

Determining how these funds are actually utilized is exceedingly difficult. Only 15 states compile statewide forfeiture data; only 11 states require that their agencies post reports detailing their forfeiture activities online. No states require their agencies to itemize how forfeiture funds are actually spent, requiring instead that agency chiefs break out their purchases in broad categories like “equipment,” “training,” and “other.”

Just what constitutes “other” is anybody’s guess. Based on recent history, it could be as mundane as routine office purchases or as outrageous and illegal as drugs and prostitutes.

Forfeiture is an almost totally opaque system to citizens and to the lawmakers they elect. Allowing agencies to retain and spend forfeiture funds as they see fit short-circuits the ability of town councils, state legislatures, and Congress to oversee law enforcement activities and hold these agencies accountable to the people they protect and serve.

Five years after the first edition of Policing for Profit, there are some bright spots. New Mexico enacted sweeping reforms to its forfeiture laws that eliminated civil forfeiture and the profit incentive that drove it. Montana, Minnesota, Michigan, and Washington, D.C., have all enacted reforms of their own addressing transparency concerns and enhancing due process protections for property owners.

In states like Ohio and Oklahoma, and in Congress, debate continues over how to reform a clearly broken civil forfeiture system.

Yet despite these successes, law enforcement agencies across the country continue to seize billions of dollars’ worth of assets annually and spend the proceeds with virtually no outside oversight.

It is time for states and the federal government to end the ability of law enforcement to finance themselves through their forfeitures. Doing so constitutes a critical step toward restoring transparency and accountability to civil forfeiture.