How Local Emergency Managers Have Responded to the Paris Terror Attacks 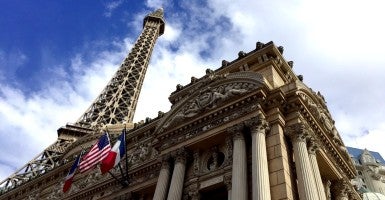 LAS VEGAS—In the wake of the terror attacks in Paris, the nation’s local emergency managers are gathered in a “Paris” ballroom (at the hotel in Las Vegas). While the location was a coincidence, a focus on responding to acts of terrorism is by design.

Al-Qaeda’s quest for “spectacular” attacks on the homeland has morphed into ISIS’ more pragmatic goal: to terrorize by any means possible. And the terrorists who struck Friday in Paris achieved that goal as grief and fear have gripped that city.

Emergency managers are keenly aware of the implications of terrorism and the terror threat, as it is an abiding aspect of their jobs.

Friday’s attacks demonstrated how “soft targets” (those locations where ironclad security is either not feasible or desirable) are in the crosshairs.

As I watched a marathon that brought 45,000 runners and thousands more spectators to Las Vegas, it was clear that the large crowds were similar in many ways to those targeted by terrorists in Paris.

I spoke to several local officials here, and they confirmed that they considered the Paris attacks in their final planning efforts during the past 72 hours. I saw security measures in place (e.g., a significant law enforcement presence and vehicle barriers), but there was also freedom of movement for runners and tourists alike.

Though there was no specific, credible threat against the marathon, one can never fully eliminate the risk to a soft target—only mitigate it through informed security measures.

Spectators cheered on runners along the route, and runners celebrated at the finish line.

Learning From Past Attacks and Disasters

Since the 2008 coordinated shooting and bombing attacks in Mumbai, state and local emergency management officials have developed and exercised plans to address similar contingencies their communities.

Emergency managers cannot be static in their approach to preparing for and responding to disasters, as the attacks of 9/11 and Hurricane Katrina demonstrate. It is imperative that we learn from our responses to these unprecedented incidents. For example, I was a co-author of the White House review of the Katrina response and worked for three years to implement our findings in the federal government.

Similarly, we can learn from international incidents as well. Officials should now be revisiting their plans for Mumbai-style attacks. They should strive to update the plans based on the lessons that will emerge from Paris in the days and weeks ahead.

This is why meetings such as this one are so crucial: By sharing their knowledge and experience with each other, officials are better preparing their communities—and, collectively, the nation—for any challenges we may face.

And by proceeding with the planned events here in Las Vegas, including the Rock ’n’ Roll Marathon and the International Association of Emergency Managers annual conference, we pay tribute to the victims in Paris and demonstrate our resolve. These are our acts of stubborn defiance against terrorism.