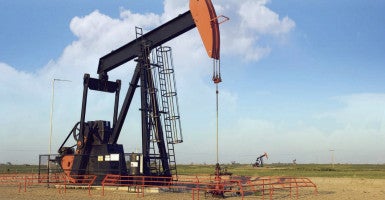 About 80 percent of the power produced in North Dakota comes from coal, and the state produces far more energy than it uses.(Photo: itDoe/ZUMA Press/Newscom)

Almost immediately after the Obama administration’s Clean Power Plan was posted on the federal register, dozens of states filed a lawsuit challenging the regulations.

But North Dakota didn’t join those other states as co-plaintiffs. Instead Attorney General Wayne Stenehjem, a Republican who is expected to run for governor in 2016, filed a separate suit against the federal government.

The Clean Power Plan requires a 32-percent nationwide decline in carbon emissions from power production by 2030. Stenehjem says there are aspects of the situation that are unique to North Dakota warranting a separate lawsuit.

“We can and often do join other states in these type lawsuits, and there are benefits to that,” Stenehjem told Watchdog, “but in this case there were reasons to file separately.”

Under the draft rule, North Dakota’s target for reducing carbon emissions by 2030 was 11 percent, the lowest goal in the nation. But the final rule published in the federal register calls for a more than 40 percent reduction, something Stenehjem says simply isn’t possible without devastating consequences for the state’s power industry.

“Our target more than quadrupled over the course of a few months,” Stenehjem said.

Other states didn’t see such a dramatic shift in their carbon reduction goals, making Stenehjem feel that North Dakota had been singled out in some way.

The state political leadership wasn’t happy about the proposed regulations even before they were finalized. In May, Rep. Kevin Cramer, a Republican and North Dakota’s lone member of the U.S. House, called the Clean Power Plan a “disastrous proposal which threatens the reliability of the electric grid” But the increase in the state’s carbon reduction goal under the finalized plan has galvanized opposition.

About 80 percent of the power produced in North Dakota comes from coal, and the state produces far more energy than it uses. According to the Energy Information Administration, the state exported about 210.7 trillion BTUs of energy in 2013.

Stenehjem says that puts North Dakota in a unique situation, justifying a separate legal action from other states.

Even as North Dakota produces significant amounts of power used in other states, it must drastically reduce the amount of carbon produced within its own borders.

“That puts us in a bad position,” Stenehjem said.

Because North Dakota lignite coal has properties that differentiate it from the anthracite or bituminous coal mined in other parts of the country, it shouldn’t be regulated in quite the same way.

One key difference Stenehjem pointed out is that in North Dakota, lignite coal is mined near power plants. Because it is so dense, the coal isn’t often shipped long-distance, unlike other types of coal, which are typically mined far away from power plants and shipped there via truck and train.

That difference in process has significant efficiency advantages Stenehjem says aren’t accounted for in the final Clean Power rule.

Rob Port is a reporter for Watchdog.org, a national network of investigative reporters covering waste, fraud and abuse in government. Watchdog.org is a project of the nonprofit Franklin Center for Government & Public Integrity.