What the US Achieved by Sailing Into the South China Sea 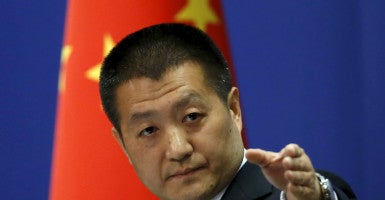 After months of discussion, and an interval of three years, the United States has finally matched actions to its verbal challenges of China’s island-building in the South China Sea. The destroyer USS Lassen (DDG-82) sailed within 12 nautical miles of the Chinese construction effort on Subi Reef in the Spratlys.

When PACOM Commander Admiral Harry Harris and Assistant Secretary of Defense David Shear testified to Congress in September that the United States had not conducted a freedom of navigation operation (FONOP) near the artificial islands China is constructing in the South China Sea since 2012, it came as a stunning revelation.

It was especially embarrassing in light of Defense Secretary Ashton Carter’s repeated assurances at Shangri-La and elsewhere earlier in the year that the United States “will fly, sail, and operate wherever international law allows.”

That the White House has not permitted freedom of navigation operations near the artificial Chinese islands raised a disturbing question: Did the administration actually believe in its own policy, or, like the training of Syrian insurgents, was this a policy that the president didn’t actually support?

This is reflected in the Chinese response to the Lassen’s action; the Chinese Foreign Ministry charged that the United States had “illegally entered into the waters of China’s Spratly Islands.”

This makes the region a “core interest” of  China, according to the definition provided in 2009 by Dai Bingguo, then Chinese state councilor for foreign affairs. For China, core interests are those issues that touch upon its basic political system, issues of sovereignty and territorial integrity, and issues of economic and social development. From Beijing’s perspective, sovereignty and territorial integrity are vital matters of principle.

What the administration appears to have only belatedly remembered is that there are American principles at stake as well. “Freedom of the seas” is not a euphemism for “containing China,” as so many Chinese misunderstand and assert. It is a longstanding principle that extends to the earliest days of the Republic. The USS Constitution, the only active American warship to have sunk an adversary, fought Barbary pirates and British warships in defense of freedom of the seas. The USS Lassen’s actions represent a continuation of that principle.

For the administration, the question is whether this is a single event, undertaken to mollify the public in the wake of the revelation of White House obstructionism on previous freedom of navigation operations, or whether it has rediscovered an actual bedrock concept. For administration supporters enamored of hashtag diplomacy (anyone remember #bringbackourgirls?), they would undoubtedly like to think that a single freedom of navigation operation would suffice.

But China has made clear that it will continue to build and expand its islands—from their perspective, this is a matter of both interests and principle. China has every right to build islands on Chinese territory. That its actions affect a region through which some $5.3 trillion in trade transits only makes this a more pressing concern.

Only a sustained program of freedom of navigation operations, regularly undertaken, can make clear that China’s actions do not trump American and international interests and principles.