From Antarctica to Djibouti, China’s Presence Is Expanding 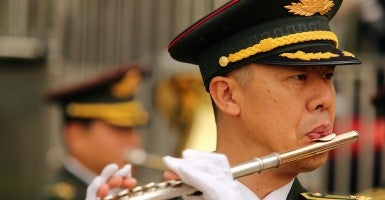 Neither Djibouti, on the east coast of Africa at the entrance to the Red Sea, nor Antarctica are all that close to China. Yet, China is intent on establishing a presence in both areas.

To support its growing Indian Ocean presence, which recently included deployments of submarines, including a nuclear-powered attack boat, China reportedly is negotiating with Djibouti to establish a formal presence, which Djibouti describes as a military base, comparable to those already established there by the Japanese Self-Defense Forces, the United States and France.

Simultaneously, the Chinese have been talking with leaders in the Maldives about expanding relations and possible Chinese base-building in the Seychelles. It is unclear whether these negotiations have borne fruit and whether it is simply for access or for establishing an overt military presence. As China is in the midst of its 19th anti-piracy rotational deployment near the Gulf of Aden (for which it has dispatched a nuclear-powered submarine), it is not surprising Beijing would want someplace for its ships to refuel and resupply.

Meanwhile, further south, Chinese leader Xi Jinping also has signaled China’s interest in the Antarctic. China has surveyed a site for its fifth Antarctic research station and is building a new icebreaker to help support its current array of facilities. The purpose of these facilities, it is widely believed, is to position China to lay claim to resources, should the seventh continent be opened to commercial exploitation. Meanwhile, China also can demonstrate its growing scientific prowess by engaging in research in one of the most inhospitable locations on the planet.

It is in the American interest to keep watch on China’s southward expansion in the Indian and Southern Oceans, whether along Africa’s shores or among the island nations of the southern Indian Ocean. This need not be antagonistic; the two nations can find points of shared interest. Whether it is scientific research at the South Pole, or anti-piracy operations along key sea lanes, Washington should make clear it is willing to cooperate with Beijing where possible but confront it when necessary.