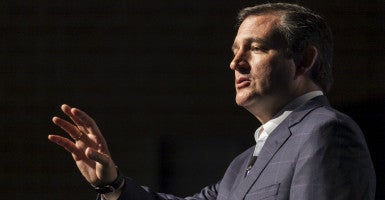 “Overregulation harms everyone, but it especially harms those who don’t have the resources or the political connections to get a special exemption, to have a lobbyist, to get a favor from government—and far too often, those are minorities,” Cruz said Tuesday during a Senate Judiciary Oversight Subcommittee hearing.

He blamed these costs for fueling increased poverty rates among African-Americans since President Barack Obama was elected, along with exacerbating an unemployment rate among the black community that is nearly double the rate for non-minorities—a trend that has remained stagnant for over 50 years.

Further, he noted that there are about 1 million fewer working-aged African-Americans and Hispanics employed today than when the president took office.

Michael Barrera, the national economic prosperity manager at The LIBRE Institute, said those in the Hispanic community he works with to navigate the regulatory system spend so much time attempting to work through federal law that it substantially detracts from the effort they could otherwise pour into running the business.

“It’s become so confusing nowadays that they don’t know which way to turn,” he said.

“The case that regulations harms minorities turns a blind eye to the manifold ways in which regulations have been used to promote equality and justice,” he said.