Cutting Off Funding to Planned Parenthood Doesn’t Violate the Constitution 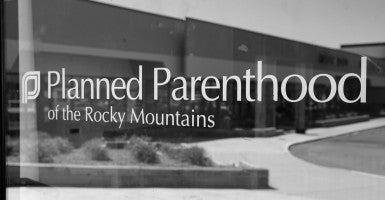 Some critics of the attempt to stop federal funding for Planned Parenthood, the nation’s number one abortion provider, are now making the erroneous claim that to do so would be unconstitutional.

However, that claim, as expressed by Drexel law professor David S. Cohen, who says that cutting off federal funding would be an unconstitutional bill of attainder (a legislative act punishing someone without a trial), is nonsense.

Cohen seems unfamiliar with ACORN v. U.S., a 2010 decision by the Second Circuit Court of Appeals that shows, as Ed Whelan (president of the Ethics and Public Policy Center) says, that Cohen “doesn’t know what a bill of attainder is.”

This case raised the exact same issues that Cohen raises in his commentary. ACORN and the ACORN Institute sued after a continuing appropriations resolution and subsequent appropriations laws barred federal funding for ACORN and all of its affiliates, subsidiaries, and allied organizations.

Like Cohen in his ill-advised defense of Planned Parenthood, ACORN unsuccessfully claimed that cutting off its ability to receive federal funds was a prohibited bill of attainder, violating Art. I, Sec. 9, Cl. 3 of the U.S. Constitution.

As the Second Circuit said, in its “contemporary usage, the Bill of Attainder Clause prohibits any ‘law that legislatively determines guilt and inflicts punishment upon an identifiable individual without provision of the protections of a judicial trial.’”

The Supreme Court has identified three essential elements of an unconstitutional bill of attainder: 1) specification of the affected persons, 2) punishment, and 3) lack of a judicial trial. It is certainly true that “affected persons” can include corporations; the Second Circuit has previously so held, and it said that again in the ACORN case. However, not getting federal funds under an appropriations bill simply does not meet the requirement of being considered “punishment,” no matter Cohen’s claim to the contrary.

As the Second Circuit said, the withholding of appropriations “does not constitute a traditional form of punishment that is considered to be punitive” within the historical context of bills of attainder. In comparison to penalties levied against individuals, a “disqualification from funds or deprivation of property aimed at a corporation may be more an inconvenience than punishment.” ACORN claimed it would be driven to bankruptcy without its federal funding, but the Second Circuit still questioned whether not receiving federal funds was so disproportionately severe or so inappropriate “as to constitution punishment per se.”

ACORN even claimed that having its federal funds cut off would “attaint ACORN with a note of infamy” and would encourage others “to shun ACORN.” But as the court said, ACORN wasn’t being “prohibited from any activities”; ACORN was “only prohibited from receiving federal funds to continue their activities.” The “exercise of Congress’s spending powers in this way” does not “invalidate the resulting legislation as a bill of attainder.”

Quite aside from the bill of attainder question, Cohen claims that there is no evidence in any of the supposedly “deceptive” undercover videos that Planned Parenthood “sells aborted fetal body parts and alters abortion procedures to facilitate those sales.”

First of all, the undercover videos are not “deceptive,” despite Planned Parenthood’s talking points on this issue that Cohen parrots, as was shown by a recent report released by Coalfire, an independent third-party digital security and forensics firm commissioned by the Alliance Defending Freedom. Coalfire was given full access to the video and audio files of the Center for Medical Progress and directed to determine “whether the raw video or audio content of the files have been edited or otherwise altered.” Coalfire concluded, contrary to Cohen, that “the video recordings are authentic and show no evidence of manipulation.”

Cohen’s claim that the videos also show no evidence that Planned Parenthood alters its abortion procedures to facilitate its sales indicates that he has not watched the undercover videos in question.

As I explained previously, “Planned Parenthood cannot get around the gruesome statements in the videos about ‘crushing’ certain parts of a baby’s anatomy and leaving others intact in order preserve the organs they covet.” Federal law prohibits the “alteration of the timing, method, or procedures” used in an abortion if made “solely for the purposes of obtaining the tissue.”