China Just Sent a Message to America: Don’t Mess With Us 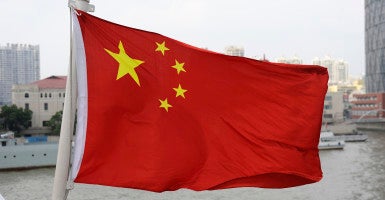 Napoleon Bonaparte is credited with saying some 200 years ago that “China is a sleeping giant. Let him sleep, for when he wakes, he will shake the world.”

Pretty spot on, don’t you think?

China’s stock market and questions about the Middle Kingdom’s economic future have certainly shaken up world markets in recent weeks, but that’s not all.

Political and security analysts have also recently been shaken by Chinese saber-rattling and military muscle-flexing—on both sides of the Pacific Ocean.

Let’s start with the Soviet-style military parade that Beijing put on last week to mark the end of World War II. In truth, it was a serious spectacle of military might, including goose-stepping soldiers, tanks, drones, fighters, and ballistic missiles.

But it was much more than that.

Despite talk of peace, Beijing was sending a message to the region—and to the world, especially the United States—that China has awoken from its security slumber and is a giant not to be messed with.

Hard to miss the in-your-face symbolism of China parading ballistic missiles—with military designations written on the side in English—that analysts have dubbed the “carrier killer” and the “Guam?killer.”

That’s right: two of the ballistic missiles reportedly showcased at the parade last week are believed to have been designed for the purposes of destroying an American aircraft carrier and targeting U.S. military bases on Guam.

Just in case Washington didn’t get the message, Beijing also dispatched a flotilla of warships to the Bering Sea off Alaska during President Obama’s visit last week to the “Last Frontier” state to discuss climate change.

(You can almost see the prez muttering under his breath: “To heck with Sarah Palin seeing Russia; I can see China from here…?”)

While the Chinese ships likely stayed in international waters (12 miles from the Alaska coast) and just happened to be in the area after exercises with Russia farther to the west, China was doing some chest-thumping.

All of this comes on top of a new Pentagon report that says Beijing has now reclaimed nearly 3,000 acres from the sea, creating islands on existing coral reefs in the South China Sea far from China. Some have a military purpose—for example, a nearly 10,000-foot runway.

By the way, these new islands are Chinese sovereign territory—just ask Beijing.

There’s little doubt that China plans to have a major say in the South China Sea, an area important for reasons of security and natural resources (including fish and energy). Plus, it’s the crossroads of a large volume of global seaborne commerce, including American.

It has long been understood that China will shake global markets when its economy—the world’s second largest—stumbles, but what may be less known is that China’s security policy suggests there could be a whole lot more shaking going on.

Originally published in The Boston Herald.