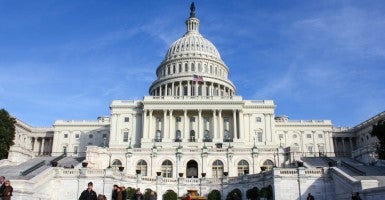 The Susan B. Anthony List has organized a screening of the Center for Medical Progress’s undercover videos for Democratic Capitol Hill staffers.

The Susan B. Anthony List, an organization that works to elect pro-life lawmakers, will screen each video on Thursday morning for the staffers in attendance. Copies of the full-length videos will be available after the screening.

“It’s been widely reported that Democrat members have not seen this footage—and that even Senate Democrats had not seen the videos before voting to block efforts to defund the organization,” Mallory Quigley, communications director at the SBA List, told The Daily Signal.

“Our idea is to provide an opportunity for Democratic staffers to see these videos—without any distractions—so they can inform their bosses of the atrocities going on at Planned Parenthood.”

The undercover videos released by the Center for Medical Progress depict Planned Parenthood executives discussing the harvesting of fetal organs and have raised allegations that the organization profits from selling them.

“So far, these videos have been the catalyst for three congressional investigations; one on the House Energy and Commerce Committee, one on the House Judiciary Committee, and most recently on Oversight and Government Reform Committee,” Dannenfelser wrote in the invitation.

“I hope that during this August recess you will join us in viewing the videos that have shaken the American conscience and reignited the abortion debate,” Dannenfelser added.

Quigley said the invitation was sent “to more than two thousand House and Senate Democratic staffers.”

The sale of human fetal organs is a felony in the United States.