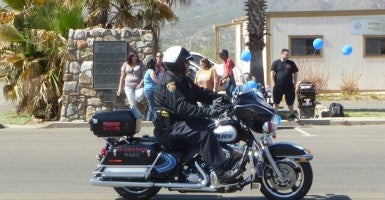 The ACLU and Perkins Coie have filed a lawsuit against Pinal County, Ariz., law enforcement for their abuse of the state's civil asset forfeiture laws. (Photo: echoe69/Flickr/CC BY-ND 2.0)

From coast to coast, states are tackling legislation that would protect property owners from abuses of a system that has become known as policing for profit.

Some of the states have seen success with that strategy. But opponents of the tool known as civil asset forfeiture are also taking their battles to federal courtrooms.

The ACLU and Perkins Coie are representing Rhonda Cox, a 10-year resident of Arizona whose truck was seized through civil asset forfeiture in 2013 after her son—who was borrowing the vehicle at the time—was arrested for theft.

Cox attempted to fight the forfeiture to get back her truck and the tools stored inside it, but she eventually decided to give up on her efforts after she received an email from Deputy Pinal County Attorney Craig Cameron warning her that if she lost in court, she would be required to pay the state’s lawyers’ fees, as is required under Arizona law.

Specifically, the plaintiffs are challenging two aspects of Arizona’s forfeiture laws: the “one-way lawyers fees” provision, which requires an unsuccessful victim to pay the state’s lawyer’s fees and cost of the investigation, and a measure allowing law enforcement to keep 100 percent of the proceeds from forfeitures.

If they’re successful in court, Anderson’s and Cabou’s case will “invalidate” Arizona’s laws at the same time many other states are considering reforms.

“It would establish a precedent that wouldn’t just open the door for victims, it would invalidate the laws,” Cabou said in an interview with The Daily Signal. “If the court orders the injunction, law enforcement cannot enforce the law until [the two provisions] are taken out.”

The Grand Canyon State has some of the worst forfeiture laws in the country. The Institute for Justice, a public interest law firm, gave Arizona a “D” grade for its laws regarding the practice, which gives law enforcement the power to seize property and money if police believe it’s related to criminal activity. In many cases, the victim is never charged with a crime.

“While other states have policing for profit incentive, we think Arizona’s is particularly pernicious, and it was ripe for a challenge,” Cabou said.

In Arizona, law enforcement agencies keep 100 percent of the proceeds from forfeitures.

Cabou says this provides them with a financial incentive to seek out seizures, particularly in a time of tight budgets. Such a profit incentive, he said, can lead to abuses of the system.

“The unfettered discretion that Arizona law enforcement has in spending these funds is unique to Arizona,” he said. “It makes it [a state] with a particularly powerful policing-for-profit incentive and problematic due process incentive.”

According to a forfeiture monies report from the Arizona Criminal Justice Commission, Pinal County had more than $1.3 million available at the start of 2015 in its forfeiture fund.

Additionally, the state’s county attorney master account held $44.2 million in money from the state and federal government through the end of March.

In addition to allowing law enforcement to keep the proceeds from seizures, Arizona also requires victims of forfeiture who challenge a seizure in court and lose to pay the state’s lawyers’ fees. Called a “one-way attorney fees” provision, Cabou said he was unaware of any other state with such a measure.

“It makes sense in a way that’s dark and pernicious, and not in a way that we want to think of our judicial system,” he said.

Such a measure, Cabou said, discourages forfeiture victims from fighting for their property in court, because losing comes with costly consequences.

In Cox’s case, documents filed with the United States District Court of Arizona show an exchange of emails between Cox and Cameron, the deputy county attorney. In an email from April 2014, Cameron reminds Cox that under Arizona law, “the state is due attorney fees from a party who does not prove they are entitled an exception to forfeiture.”

“You may wish to file a motion of withdrawal of the claim to drop the case,” Cameron continued.

>>> Police Officer Pockets $6,000 From People Who Had Their Cars Taken Through Forfeiture

In addition to the ACLU’s case in Arizona, challenges to civil asset forfeiture laws in the District of Columbia and Philadelphia, Penn., are continuing to make their way through federal courts.

The Institute for Justice filed a class-action lawsuit against the city of Philadelphia, its police department and district attorney’s office for abusing forfeiture laws last year. Philadelphia is home to some of the most notorious forfeiture practices in the country, and each year, law enforcement seizes $6 million from property owners.

The Institute for Justice is arguing that the city’s use of forfeiture is unconstitutional, claiming property owners are deprived of their property and their right to due process.

The city of Philadelphia attempted to have the case dismissed after the city altered one of its policies regarding the seizure of homes. But in May, a judge for the Eastern District of Pennsylvania denied the request.

“This ruling requires Philadelphia and its chief law enforcement officers to defend how they have systematically trampled on the rights of our clients and the rights of thousands of other property owners through its aggressive use of forfeiture,” Darpana Sheth, the Institute for Justice’s lead lawyer in the case, said after the ruling.

In the District of Columbia, a judge hearing a class-action lawsuit involving 22 plaintiffs ruled last week that specific challenges to the municipalities’ forfeiture laws can move forward. The lawsuit alleges that officers with the Metropolitan Police Department were improperly seizing vehicles and money and failing to provide victims with timely notices to fight the seizure.

William Claiborne, the lawyer representing the 22 victims in the case, told The Daily Signal that often, forfeiture victims would have to wait two years before receiving a hearing to get their property back.

“Civil forfeiture is a wealth-stripping device,” Claiborne said. “The police use it to strip wealth from the poorest and most vulnerable people in the community. If they seize money, it goes to the city.”

As Claiborne’s case was making its way through the judicial system, the District of Columbia City Council voted to change its forfeiture laws.

Under the new measures, the government bears the burden of proving that the property or money seized is related to a crime, instead of the property owner. Additionally, the law put procedures in place to allow for the quick return of property.

It also ended equitable sharing, a program that allowed the Metropolitan Police Department to transfer forfeiture cases to the federal government.

Under equitable sharing, law enforcement agencies receive up to 80 percent of the proceeds from money and property taken.

Claiborne’s victims had property seized before the District of Columbia changed its laws, and he attributes the council’s action to his lawsuit.

“My lawsuit helped start reform,” he said. “They did revise the forfeiture scheme, and it does give people whose cars are taken a chance to try to get their cars back.”

As cases continue through the court system, many state legislators have taken action to protect property owners through reforming civil asset forfeiture laws.

Pennsylvania is currently debating reforms to its state laws, and though Arizona hasn’t moved to pass changes, Cabou said he feels that challenges in the court and legislative reforms should be tackled together.

“Those are tactics that can and should proceed on parallel paths,” Cabou said. “There’s certainly some discussion of legislative reform in Arizona, although that’s a difficult discussion to have in part because law enforcement has become so dependent on these funds that they’re adamantly opposed to any forfeiture reforms.”

“Across the country, the idea that reform of unconstitutional laws can be had both through the legislative and the courts is certainly not new,” he continued. “I think this is an area that’s ripe for challenge.”

Jason Snead, a policy analyst in the Center for Legal and Judicial Studies at The Heritage Foundation, pointed to past constitutional challenges to forfeiture laws that were brought before the Supreme Court and, ultimately, failed as reason why legislative reform is the most sound way to protect victims from forfeiture abuses.

“The Supreme Court has upheld the constitutionality of civil forfeiture laws, even going so far as hold that there is no constitutional right to an innocent owner’s defense,” he told The Daily Signal. “While these challenges certainly draw attention to the serious injustices of many of the abusive forfeitures we see today and offer courts a chance to reconsider and reign in civil forfeiture abuses, the best path forward would be for legislatures to step up and reform their laws.”