What We Can Learn From Recent Trends in Teen Sexual Activity

"The To Do List," a 2013 movie, focused on a new high school grad trying to be sexually experienced. (Photo: 3 Arts Entertainment / Album/Newscom) 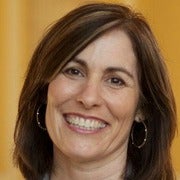 More teens are choosing to remain abstinent, according to the latest data from the Centers for Disease Control and Prevention. Since 1991, the percentage of high school students overall who report that they have ever had sex, has dropped by roughly 15 percent. Valerie Huber, president of Ascend (formally known as the National Abstinence Education Association), discusses this trend in the The Heritage Foundation’s new 2015 Index of Culture and Opportunity.

Over the past decade, the sexualization of Amer­ica’s culture has continued unabated. It is now diffi­cult to listen to popular music or watch a movie that does not normalize casual sex in the most cavalier of ways. Cultural mores are often reflected in poli­cy priorities, and thus the normalization of teen sex is dominant within federally funded sex education programs throughout the nation.

Since 2010, almost $5 billion in federal funding has been spent for the so-called “comprehensive” sexual risk-reduction approach. This approach assumes that teens are—or soon will be—sexually active. Therefore, it places high priority on condom negotiation and contracep­tive use, rather than on delaying sexual activity.

But the question of whether or not a teen has sex is about a lot more than ideology. It has a direct impact on the physical, mental, relational, econom­ic and cultural health of America’s future. Many of today’s societal concerns can be traced back to the content and context of sexual decision-making.

A mounting body of research finds a high correlation between age of sexual initiation and a host of other life factors: academic achievement, relational and marital success, number of lifetime partners, preg­nancy, sexually transmitted diseases (STDs), emo­tional health, state of future family formation and the likelihood that an individual will live in pover­ty. Of course, each of these potential consequences affects not only the individual, but also the founda­tional health of society in general.

The trends of teen sex and related risk behaviors, then, have a much broader implication than might seem apparent at first. It may come as a surprise that since the Centers for Disease Control and Preven­tion started tracking high school sexual risk behav­iors in 1991, the percentage of students in grades nine to 12 choosing to wait to have sex increased by about 15 percent—an encouraging trend. Among ninth graders, initiation of sexual activity declined 23 percent during that same time; among high school seniors, it declined a less impressive but sig­nificant 4 percent.

Over the past 10 years, this statis­tic has remained relatively stable, with slight inflec­tions from year to year. Among students usually targeted for sex-education classes (15- to 17-year-olds), the most recent data report that 72 percent of boys and 73 percent of girls have never had sex, and the majority—58 percent of females and 53 percent of males—have had no sexual contact whatsoever.

However, not all the recent trends have been as positive. Over the past 10 years, the increase in delay of sexual activity among high school freshmen was nearly identical to the increase in sexual initiation among seniors—a troubling statistic that accentu­ates the need for regular reinforcement of sexual risk-avoidance skills and messages throughout the high school years.

In addition, STDs remain high­est among young adults (15-24), who represent only 27 percent of sexually active Americans but who carry 50 percent of all STDs. Earlier ages of sexual initiation and higher numbers of partners correlate directly with the risk of STD acquisition. Avoiding STDs is critical to the long-term health and fertility of individuals.

In addition, since 2010, some positive trends have stalled, and others have begun to move in a negative direction. The percentage of high schoolers who had sex with four or more partners decreased almost 15 percent from 1999 to 2009 but has increased by almost 9 percent since then. Also, despite the fact that current policy places a high value on teen contraceptive access and condom negotiation, the percentage of high school students who used no con­traception at all during their last sexual encounter increased slightly since 2009.

Teen birth rates have decreased 57 percent nationwide since 1991 without an increase in teen abortion rates. However, 89 percent of all teen births are non-marital, and non-marital birth increases the likelihood that both mother and child will have added challenges in their lives.

These indicators cannot be ignored because of their impact on youth and the health of families as they form. Census data confirm that one of the surest ways for youth to escape poverty is to graduate from high school, to learn skills to find employment and to have children after marriage. Called the success sequence because of the imperative of implement­ing each behavior in sequence, youth who follow this prescription experience only a 2-percent chance of living in poverty as adults. Persuading young peo­ple to focus on their education, future goals and opportunities—rather than on sexual activity—is vital to their successful transition from adolescence to adulthood.