Reflection on Conditional Forgiveness, Justice and the Silent Vigil for July’s Cuban Martyrs 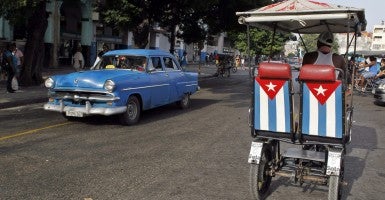 John Suarez is a human rights activist with the Cuban Democratic Directorate.

Then you shall know the truth, and the truth will set you free. John 8:32

Over the past twenty years I have taken part in acts of remembrance for the 37 victims of the July 13, 1994, “13 de marzo” tugboat massacre and over the past 19 years for the four victims of the February 24, 1996, Brothers to the Rescue shoot down.

What has motivated me to do this and to continue is a desire for justice and with these actions engage in preserving memory and the facts known about these two events.

Now in the case of the Brothers to the Rescue shoot down I lost two friends: Mario de la Peña, and Armando Alejandre Jr., but long ago made peace with their untimely passing.

From the start the words of the New Testament informed my political beliefs and in public forums both written and verbal cited a key passage from the Lord’s Prayer: “forgive us our debts, as we forgive our debtors.” A later biblical passage expands on this passage: “If you forgive others their transgressions, your heavenly Father will forgive you. But if you do not forgive others, neither will your Father forgive your transgressions.”

In a letter to the editor to The Miami Herald published on July 30, 1996, I made the case against hatred and revenge and for civility:

Many in this community have suffered torture, the death of loved ones, decades of unjust imprisonment and the separation of families. They have good reason to hate Castro, and his supporters, but for the good of the Cuban nation (inside and outside of Cuba) they must overcome their hatred. In the words of Jesus Christ they must love their enemy. They must save the Cuban nation from the evils committed by this enemy, and not add to them out of a thirst for revenge. Leave revenge to God for that is to whom it belongs. The true test of respect for freedom of expression and of thought is how do we react to what we strongly disagree with. I believe that we have a moral obligation to criticize what we think is wrong in a civil manner, but we also have a moral obligation to protect those we disagree with from violations of their civil and political rights.

I still believe this, and live by it, and this belief is at the root of my profound rejection of the dictatorship in Cuba.

The Castro regime’s “political culture” is one of misrepresenting, slandering and seeking to destroy not only the person advocating a position they oppose when alive but also their dignity and memory after they have died or been killed.

My opposition to Castroism led not only to a rejection of physical violence, but also verbal violence that attacks individuals.

Cuba needs a new political culture that places Castroism on the ash heap of history. Change must first come from within each person. This is an appeal to civility.

The Institute for Civility in Government offers the following definition: “Civility is claiming and caring for one’s identity, needs and beliefs without degrading someone else’s in the process.”

The democratic resistance in Cuba in order to thrive and succeed must embrace and practice civility fully because it is a necessary prerequisite for effective civic action.

However, civility does not mean accepting the rewriting of history or tolerating the continuing new atrocities committed by the unrepentant dictatorship that exists in Cuba. Like, Antonio “Tony” Ramón Díaz Sánchez, a former prisoner of conscience and secretary general of the Christian Liberation Movement, I reject hatred while at the same time forgiving past injustices, but refuse to forgive those that are ongoing or that will be carried out in the future.

Because to forgive ongoing and future evils raises the danger of one becoming morally complicit in them or as Tony puts it:

Because what I do not forgive is that the year has started with the same repression that ended last year. What I can not forgive is that in my country, those who govern, do not recognize the need to change to democracy and allow the people to decide in free and pluralistic elections. I can not and do not want to forgive that right now, at this instant, there are political prisoners in Cuba and that the existing laws guarantee their imprisonment or perhaps the firing squad for others. I do not forgive that young people are living without life projects, while a group in power live as billionaires. Nor do I forgive the complicity of many interests that seek capital now in Cuba without wanting to find out today what is happening there. I do not forgive out of hate. No, no but because forgiving a present and a future of injustice and totalitarianism for your country, is not mercy but complicity with the evil of others.

The extrajudicial killings of Oswaldo José Payá Sardiñas and Harold Cepero Escalante on July 22, 2012, and the ongoing escalation of violence against activists and civilians cannot be ignored or tolerated.

Is anger about injustice one of the forces that drives historical progress and important social reform? Is there an important difference between the bitterness, hatred and quest for vengeance that can be so damaging to those who have been hurt or wronged, and the anger that thirsts after justice? … I also agree that the quest for vengeance is also wrong because it so often inflicts harm on people who share an identity with the original perpetrator but have no guilt,and it means the evil of the original harm is recreated in the actions of the person who has been wronged. But all this said, there is such a thing as just anger and those who are subject to continuing oppression can get strength from that anger in order to join with others to liberate themselves. And so I wish to conclude by celebrating forgiveness and reconciliation but also by reminding us that reconciliation can not be the answer when there is a continuing wrong or continuing oppression.

Reconciliation with the Castro regime is presently impossible because of its unwillingness both to be reconciled and to admit any wrong doing.

Secondly, according to some experts on the subject a “willingness to forgive” does not necessitate reconciliation or for that matter giving up on justice being served. However for forgiveness to take place it does require repentance and must be conditional.

Author and theologian Chris Brauns outlines the argument on his blog which is reproduced below:

The alternative to this, according to Brauns, that in some quarters is called “unconditional forgiveness” may actually lead a victim to internalize “unforgiveness and bitterness.”

This is not the path to peace and reconciliation but to its opposite.

Defending memory by pursuing truth and maintaining the call for justice is an ever present opportunity for the other to repent and and embrace justice and actual forgiveness.

The antithesis of this is “forgiving and forgetting” while injustices are ongoing and new ones being compounded not only harms the victims but condemns the perpetrator as well to continuing in committing evil acts and is described as a “false reconciliation.”

It is preaching forgiveness without repentance which the German theologian Dietrich Bonhoeffer described as “cheap grace.” Forgetting the past and the truths that it holds is a threat to freedom.

It is important to remember what has been done within a context of justice while remaining open to forgiveness by calling on the other side to repent and for civil authorities to hold them accountable for past and present crimes.

This is why on July 13, 2015, at noon people of goodwill shall gather in silence for 13 minutes in a demand for justice for the 37 men, women, and children killed on July 13, 1994, and for Oswaldo Payá Sardiñas and Harold Cepero Escalante killed on July 22, 2012, in what has all the hallmarks of a state security extrajudicial execution.

Speaking to family members in both cases who with their faith have not succumbed to hatred, but continue to demand justice. Jorge García who lost 14 relatives on July 13, 1994, expressed it best during a question and answer session at Florida International University on July 13, 2004:

There are those who think that we should be full of rancor and a thirst for vengeance but I don’t want revenge. I feel sorry for the people who assassinated my family. I can never be compensated for my loss. I will never be happy again with my family surrounding me. There will always be a tinge of sadness but I do want there to be a trial so that this situation can serve as a lesson and that these people or others like them in other parts of the world, don’t do this kind of thing again. Not in Cuba. Not anywhere.