The Issue That May Determine Who Wins Iowa 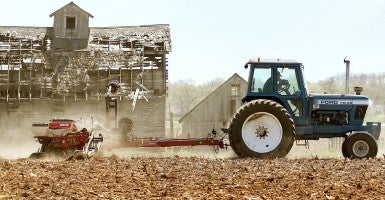 With the race to the White House in full swing and the Iowa Caucus less than eight months away, one issue hits Iowans closer to home than most: renewable fuels.

At a briefing in Washington this week, the Iowa Renewable Fuels Association emphasized that exceedingly local issues like ethanol and biodiesel will play big in the state as Republican candidates try to differentiate themselves.

“One only needs to look at the last election cycle in Iowa to know that the Renewable Fuel Standard and ethanol are important to Iowa voters,” said America’s Renewable Future Senior Advisor Derek Eadon. “A look at this election reveals top-tier candidates on both sides of the aisle articulating the importance of biofuels not only for rural economies, but as a key component of a national energy policy. That is a clear sign that this will be a defining issue for the caucuses, but also for the general election.”

Iowa, the nation’s leader in renewable fuel production, is home to 50-plus ethanol and biodiesel refineries.

“We as farmers have been fighting for our independence to be able to use a renewable steady source to make fuel for our cars,” Sweeney told The Daily Signal in an interview.

Originated under the Energy Policy Act of 2005, the Renewable Fuel Standard requires a minimum volume of renewable fuels to be used in U.S. transportation fuel.

The standard, designed to wean the U.S. off depending on foreign oil and reduce greenhouse gas emissions, was later revamped and expanded by the Energy Independence and Security Act of 2007.

The Environmental Protection Agency, which oversees the Renewable Fuel Standard, proposed last month lowering how much ethanol must be blended into the gasoline supply through next year.

Efforts in Congress have also been made to cap the amount of ethanol used.

Nick Loris, an economist and energy expert at The Heritage Foundation, has written that “environmentalist groups that once supported the use of ethanol are now arguing that the ethanol mandate is poor environmental policy.”

In an interview with The Daily Signal, Loris further explained the logic behind why opposition is growing around the Renewable Fuel Standard.

“We’re not opposed to ethanol or biofuels as a transportation fuel,” Loris said. “We’re opposed to the government mandating its production and use, and subsidizing it with targeted tax credits, loan guarantees and other taxpayer-funded programs that artificially lower the cost of entry into the market.”

In May, the Environmental Protection Agency proposed increases to how much ethanol and other biofuels are used in American gasoline and diesel. But the increase (the agency will require 17.4 billion gallons of biofuels be produced in 2016) falls short of targets set by Congress.

“Due to constraints in the fuel market to accommodate increasing volumes of ethanol, along with limits on the availability of non-ethanol renewable fuels, the volume targets specified by Congress in the Clean Air Act for 2014, 2015 and 2016 cannot be achieved,” the Environmental Protection Agency wrote.

But Sweeney, and other supporters, believe the new requirements don’t go far enough.

“The Renewable Fuel Standard means $5 billion in wages paid to Iowa workers every year and 73,000 jobs for Iowans,” Sweeney said.