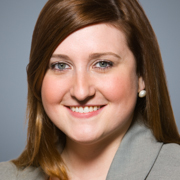 This week, The Heritage Foundation’s Edwin Meese III Center for Legal and Judicial Studies is proud to announce the release of Arresting Your Property: How Civil Asset Forfeiture Turns Police Into Profiteers. This booklet highlights the important problem of civil asset forfeiture and tells lawmakers how states and the federal government can help fix these broken laws. Despite forfeiture’s noble intentions—targeting the ill-gotten gains of the worst criminal kingpins and money launderers—it has spiraled out of control and morphed into a scenario in which some cops abuse the system and trap the innocent.

In Arresting Your Property, we reveal the dark side of civil forfeiture, where the government seizes your property without ever convicting you of, or even charging you with, a crime, and then keeps the profits for its own coffers. As currently written, these laws pose a serious threat to the property rights of citizens across the country. In the booklet, we explain the history of forfeiture, how hard it is to fight a seizure, and the perverse profit incentives for law enforcement. We also highlight shocking incidents where law enforcement seized homes, money, and cars on dubious grounds. Most important, we offer common-sense reforms to stop forfeiture abuse and restore due process protections for citizens caught in civil forfeiture’s pernicious web.

With recent media attention and more and more stories surfacing of innocent citizens having their property seized, the call for reform of forfeiture laws has begun to gain traction. Fortunately, strong advocates for reform come from both sides of the ideological spectrum. Heritage worked with a broad bipartisan coalition, with groups from the ACLU to the Institute for Justice and the Charles Koch Institute. In all, 15 organizations have signed on to the policy solutions we propose. While these diverse organizations may not agree on most policy issues, on civil forfeiture reform, we speak with one voice.

As legislative remedies are debated in the House and Senate and in the states, Arresting Your Property should be an invaluable, one-stop resource for legislators and the general public. Civil forfeiture abuse threatens the integrity of our justice system and should be of concern to all Americans. Reform of these laws at both the state and federal level is needed. Check out our new booklet to learn more: www.heritage.org/ForfeitureReform.