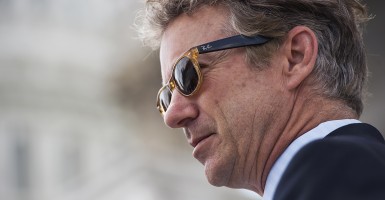 Portions of the USA Patriot Act expired at midnight after the Senate failed to reach a deal.

Supporters of the USA Freedom Act, legislation to amend the Patriot Act, had hoped it would serve as a compromise by striking an appropriate balance between security and civil liberties. Opponents argued it was still too intrusive.

The legislation was blocked primarily by Sen. Rand Paul, R-Ky., an opponent of the government’s bulk collection of phone records.

The Freedom Act cleared a procedural hurdle earlier Sunday in a 77-17 vote, but the Senate failed to take final action before the midnight deadline.

In order to have met the deadline, the Senate would have had to approve the House-passed legislation without any changes or amendments, because the House remained on recess until Monday.

Senate Majority Leader Mitch McConnell, R-Ky., said on the Senate floor that in the absence of a short-term extension to the law, the Freedom Act is “the only realistic way forward.”

“It is clear that the majority leader simply didn’t have a plan,” Reid said during his remarks on the Senate floor prior to the vote.

That junior senator from Kentucky is Paul, a vocal opponent of the metadata program. Paul frequently tells audiences that phone records belong to an individual, not the government.

In a series of tweets on Sunday, Paul promised to “force the expiration of the NSA illegal spy program.”

I came here to defend the Bill of Rights, not to be popular. #StandwithRand

“This is a debate over your right to be left alone,” Paul said in remarks on the Senate floor.

“The Patriot Act will expire tonight,” said Paul. “It will only be temporary. They will ultimately get their way.

In a statement, White House press secretary Josh Earnest said the Obama administration hopes the “irresponsible lapse is as short-lived as possible.”

The House passed the Freedom Act prior to its Memorial Day recess.