What Republicans Should Learn From the Transgender Moment 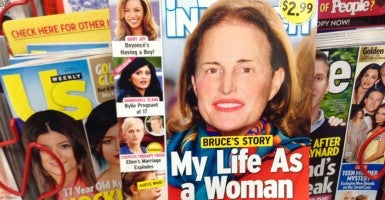 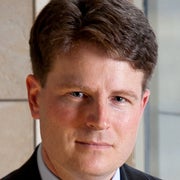 Sean Fieler is chairman of the American Principles Project, a nonprofit organization in Washington, D.C.

In less than two years, transgender rights have gone from a non-issue to non-negotiable in the Democratic Party.

Rather than dismiss this change as a politically irrelevant story that belongs in the tabloids, Republicans should view it as a case study in the political power of principle. For it was principle, not a political campaign, that has advanced transgender rights so far so fast.

If Republicans would likewise put principle before policy, they would not only have the power to win elections but also the power to bring America back into fidelity with our country’s founding vision.

The transgender moment is the culmination of an idea, not a campaign. The idea is simple: Your sexual desire, not your biology, constitutes your identity.

This principle underlies both the widespread indifference to the biological implications of same-sex attraction, and, when pushed to its logical extreme, Bruce Jenner’s assertion that, “for all intents and purposes, [he is] a woman.” To accept Jenner’s claim that God gave him a female soul and a male body is also to accept the assertion that human beings exist independently of their bodies.

The fate of the transgender moment rests completely on the triumph of this one idea.

The rapidly growing acceptance of the previously marginal idea that underlies the transgender moment was only made possible by the Republican decision to opt out of this debate entirely.

Almost without exception, Republicans have chosen to ignore the underlying principle and logic of the LGBT movement, confident that they could win this political debate on other grounds. In retrospect, this one decision laid the groundwork for the stunning series of defeats Republicans have suffered on issues of human sexuality over the past dozen years.

Ironically, the transgender moment proves what was once a conservative insight—ideas matter. For, neither inertia, nor electoral victory, has protected Republicans from the sweeping changes entailed in the LGBT agenda. Worse still, having failed to engage at the level of principle for so long, Republicans have lost not just the debate but also the will to engage.

The rapidly growing acceptance of the previously marginal idea that underlies the transgender moment was only made possible by the Republican decision to opt out of this debate entirely.

Republicans are in such a defensive crouch on issues of human sexuality that they seem unaware that the political overreach of the transgender moment puts the underlying principle of the entire LGBT movement at risk.

Unlike the gay lifestyle, the transgender lifestyle has not been, and perhaps never can be, normalized. Americans still believe that a man, even a man who thinks he is a woman, is still a man. A principled argument would not only reiterate this obvious point but would also point out the shared principle of biological irrelevance that stretches across all the LGBT constituents.

To successfully advance this argument without appearing to oppose a small, troubled minority, Republicans will need to articulate the principle for which they stand, not just the one they oppose. Having already repeatedly affirmed that our rights come from God, not the state, Republicans are starting in the right place. They need only add the logical corollary that if we recast ourselves in a way that denies either our human nature or our Creator, we undermine the very basis of the rights we cherish and defend.

Pope Benedict put it best, “When the freedom to be creative becomes the freedom to create oneself, then necessarily the Maker himself is denied and ultimately man too is stripped of his dignity as a creature of God … ”

Of course, embracing such a debate will strike many in the Republican Party as beside the point. Pragmatic leaders will argue that we don’t need to address issues of human sexuality when we have budget problems, debt problems, and a slowing economy. The pragmatic argument, however, ignores the structural vulnerability that policy without principle creates for the Republican Party.

One needs look no further than Indiana Gov. Mike Pence’s disastrous attempt to advance religious liberty without advancing a principled argument on human sexuality. This debacle proved once again that a party unsure of its principles is a party unable to defend its policies.

The Republican Party, the party of ideas, needs to rediscover the value of “first winning the argument and then winning the vote,” to paraphrase Margaret Thatcher. The transgender moment is an important opportunity to do this.

Winning this principled argument on its merits would not only put in a high-water mark for the LGBT agenda but also demonstrate to Republicans the importance of elevating the political debate to the level of principle. Over time, principles of the Republican Party that would result in a return to America’s founding vision should hold more appeal for the American people than principles that will result in men in women’s bathrooms.