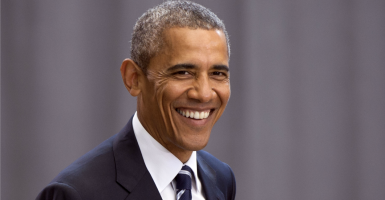 It’s the day before the Memorial Day holiday, and that can only mean one thing: It is time for President Obama to unveil his agenda for new rules he wants to impose on the American people.

Required by law to release plans for new regulations twice a year, the administration has consistently chosen to do so immediately before major holidays.

This is no coincidence: It’s well-known in Washington that if you want to bury some untoward news, you release it before a holiday, when few are paying attention. As shown in the table below, the Obama administration’s red tape spoolers have taken this to heart, with each of the past six regulatory agendas released just before a major holiday.

And they have good reason to hide. This agenda shows 136 economically significant rules in the pipeline—an all-time record.

This agenda provides yet more evidence that the red tape entangling Americans and strangling the U.S. economy is continuing to grow without constraint. As outlined in our recent “Red Tape Rising,” report, Congress should take immediate steps to control this excessive regulation.