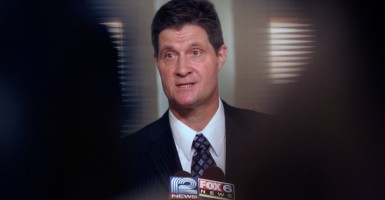 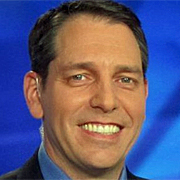 Cindy woke up to a battering ram at her front door. She opened the door to a rushing mob of policemen, yelling and barging through her house with no explanation.

She begged them not to shoot her barking dogs. Another had to wake her children with an armed policeman at the foot of their beds. A third thought the frantic knocking at her door must’ve been someone in trouble, but she too opened the door to a home invasion.

Officers turned her house upside-down and left with all the personal information her family’s phones and laptops could hold. But not before warning each family member not to breathe a word about what happened that morning to anyone.

This same scene took place in many homes—but not under a totalitarian regime across the ocean. Not to the families of drug dealers or violent criminals. These traumatic invasions happened in our own United States in 2013, in the state of Wisconsin, to ordinary citizens whose only offense was holding conservative or libertarian political views.

These raids—engineered by Milwaukee County District Attorney John Chisholm—represented nothing less than an attempt to upend democracy, to use law enforcement to thwart the will of the people and punish political enemies.

Because he opposed Republican Gov. Scott Walker—especially his reform of Wisconsin public employee unions—Chisholm used his position and a unique Wisconsin law to harass, threaten and embarrass Walker’s supporters and other Wisconsin conservatives.

Using a legitimate criminal case as a pretext, he opened a “John Doe” investigation and went after Walker’s office and anyone remotely connected to him. The unique provisions of John Doe law “permits Wisconsin officials to conduct extensive investigations while keeping the target’s identity secret.”

The covert investigation’s methods created a low-accountability recipe perfect for political targeting. Investigators took very public actions like home invasions in populated neighborhoods, and their targets could do nothing to defend themselves—not even contact a lawyer during the raids. Nor were they permitted to give any explanation to save their reputations.

Over two years the “investigation of all-things-Walker expanded to include everything from alleged campaign-finance violations to sexual misconduct to alleged public contracting bid-rigging to alleged misuse of county time and property.”

Very few charges stuck, however. The union reform bill, Act 10, passed, and Walker was affirmed as governor. But the second round of investigations disrupted the lives of many other law-abiding citizens who committed the “crime” of exercising of their First Amendment rights.

These draconian tactics had the desired effect. Organizations were subpoenaed for all their business records. The Wisconsin Club for Growth had to shut down fundraising because they could no longer guarantee that donors’ privacy would be protected.

But here’s the thing: it turns out the people were being investigated for “crimes” that weren’t crimes at all.

Though one man put it all into motion, the whole ordeal was only possible after many officials at state and local levels enabled, cooperated and carried out the snooping and raids.

As David French reported, the layers of failure are thick: “the prosecutors who launched the rogue investigations, the judge who gave the abuse judicial sanction, investigators who chose to taunt and intimidate during the raids, and those police who ultimately approved and executed aggressive search tactics on law-abiding, peaceful citizens.”

A functioning self-governing system requires that individual citizens make the key decisions that affect their everyday lives. But they can’t make those decisions if rogue prosecutors ignore the Democratic process and abuse their considerable powers to punish dissent.

If these actions spread, the experiment we know as the United States of America will not survive. But I refuse to believe that.

I’ve seen amazing, everyday patriots all around the country—including some who were targets in Wisconsin—who are passionate about restoring our nation to its true identity as a protector and champion of liberty. It is this spirit that must and will prevail over those who seek control by any means. Wisconsin officials disregarded the citizens.

They imposed their own agenda.

They tried to hurt people.

They must be stopped.